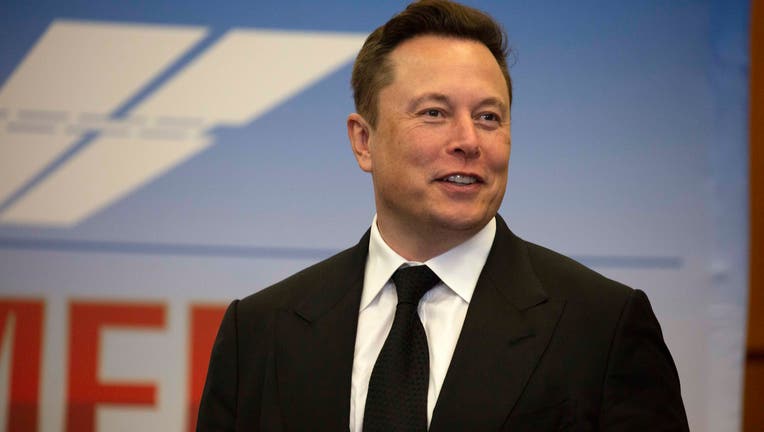 FILE - Elon Musk, founder and CEO of SpaceX, participates in a press conference at the Kennedy Space Center on May 27, 2020 in Cape Canaveral, Florida. (Photo by Saul Martinez/Getty Images)

LOS ANGELES - Elon Musk was recently invited by the Egyptian government to visit the iconic pyramids after a tweet by the SpaceX CEO alleging that the ancient sites were built by Aliens, “obv.”

It is unclear if Musk was serious or not when he first posted the tweet, but it soon went viral.

Shortly after, Rania A. Al Mashat, Egypt's minister of international cooperation, responded to Musk with an invitation to see the famed monuments for himself.

"I follow your work with a lot of admiration. I invite you & Space X to explore the writings about how the pyramids were built and also to check out the tombs of the pyramid builders," she wrote. "Mr. Musk, we are waiting for you."

Musk responded with a link to a BBC article titled “The private lives of the pyramid-builders,” tweeting "provides a sensible summary for how it was done."

World renowned Egyptian archaeologist Zahi Hawass also refuted Musk’s claims of extraterrestrial involvement in the creation of the great pyramids in a video posted to his Facebook page.

“This is a response from Zahi Hawass to American billionaire Elon Musk: What you said about the pyramids is completely hallucination,” Hawass said.

Egyptologist Sarah Parcak also weighed in on the theory, responding to Musk by saying, “Egyptologist here Elon who works on a royal pyramid site. They did not- Ancient Egyptians did+ we even have papyri that are like live tweets of pyramid construction at Giza. Happy to share resources so you can get yourself educated.”