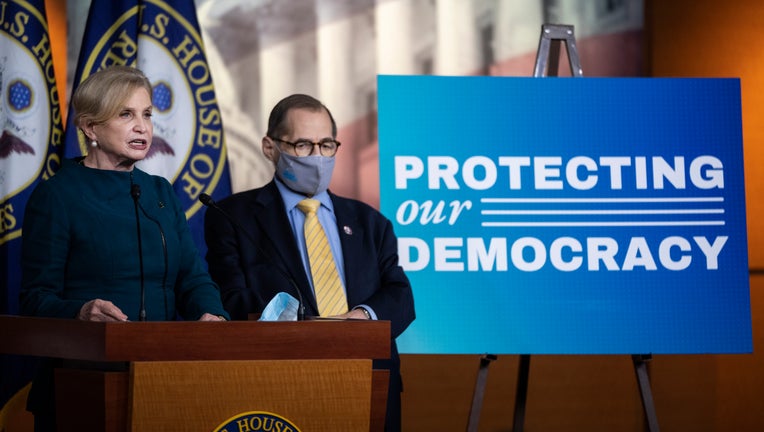 NEW YORK - Early, in-person voting began Saturday in New York’s congressional party primaries, which will set the final field for a slew of competitive contests in the general election this autumn.

Voters in two parts of the state are also picking new members of Congress in special elections to replace U.S. House members who resigned.

Some of the hottest contests will be an early test of where the Democratic and Republican parties are headed in the midterm elections.

In a special election in the Hudson Valley and the Catskills, Ulster County Executive Patrick Ryan, a Democrat, has campaigned on a promise to protect abortion access while Republican Marc Molinaro, the Dutchess County executive, has focused on inflation, gas prices and crime.

Both want to fill the seat formerly held by Antonio Delgado, the Democrat who resigned to become New York’s lieutenant governor this summer.

In counties along the Pennsylvania border in western New York, Democrat Max Della Pia faces Republican Joseph Sempolinski in a contest to serve out the remainder of the term of former U.S. Rep. Tom Reed, a Republican who resigned this summer.

Meanwhile, in New York City the most closely watched race in the Democratic primary features a battle between two heavyweight incumbents who were forced to run against each other when a judge redrew the boundaries of the state’s congressional districts.

U.S. Rep. Jerry Nadler and U.S. Rep. Carolyn Maloney face each other, plus newcomer Suraj Patel, a Democrat who has run for the office twice before.

And in western New York, the chairman of the state Republican Party, Nick Langworthy, is in a bruising primary fight with Buffalo businessman Carl Paladino, who was once the party’s candidate for governor but has a record of making outrageous comments and telling or passing along racist jokes.

A limited number of polling places will be open for early voting through Aug. 21. There’s then a one-day pause before the full array of polling locations open for the final day of the primary on Aug. 23.