Colin Kaepernick's Nike shoe sold out in both adult and children sizes.

EA Sports announced that the former San Francisco 49ers quarterback will be featured in "Madden NFL 21," which will be the first time he has appeared since the 2016 edition of the video game. 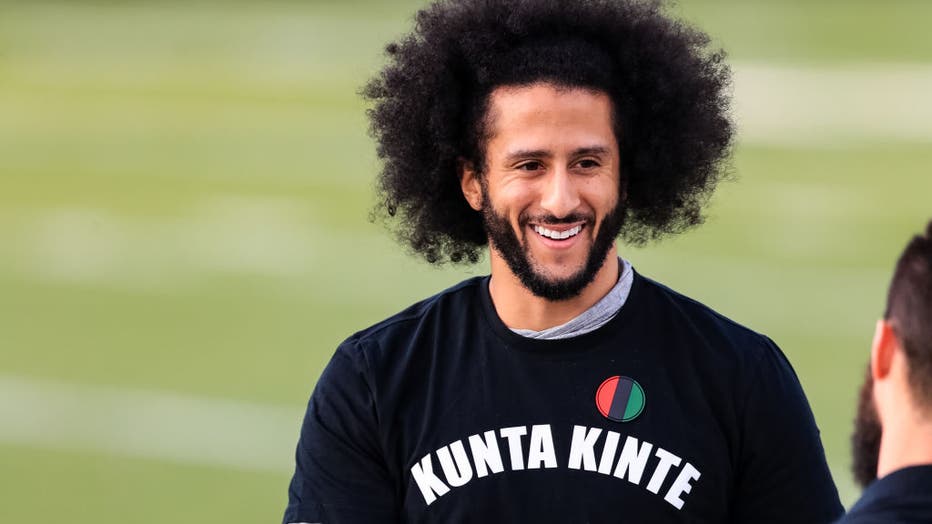 The company released a statement Tuesday about the decision, saying that “millions of Madden NFL fans want to see him back in our game.”

"Colin Kaepernick is one of the top free agents in football and a starting-caliber quarterback. The team at EA sports, along with millions of Madden NFL fans want to see him back in our game. We've had a long relationship with Colin through Madden NFL and worked through our past soundtrack mistakes," EA Sports said in the statement.

“Knowing that our EA SPORTS experiences are platforms for players to create, we want to make Madden NFL a place that reflect's Colin's position and talent, rates him as a starting QB, and empowers our fans to express their hopes for the future of football. We've worked with Colin to make this possible, and we're excited to bring it to all of you today,“ the statement continued.

“Starting today in Madden NFL 21, fans can put Colin Kaepernick at the help of any NFL team in Franchise mode, as well as play with him in Play Now. We look forward to seeing Colin on Madden NFL teams everywhere."

Kaepernick began kneeling during the playing of “The Star Spangled Banner" before games to protest social injustice and police brutality in 2016. Kaepernick, as well as other players who joined, faced intense backlash.

In an August 2016 interview, Colin Kaepernick explains his refusal to stand during the national anthem while serving as the San Francisco 49ers quarterback.

He played his final NFL game in January 2017 and remains a free agent in real life.

“I wish we had listened earlier, Kaep, to what you were kneeling about and what you were trying to bring attention to,” Goodell said in a conversation with former NFL player and Fox Sports 1 analyst Emmanuel Acho.

“We had invited him in several times to have the conversation, to have the dialogue I wish we had the benefit of that. We never did. You know, we would have benefited from that. Absolutely,” Goodell added.