Hector Vega, 20, was arrested in connection to a Phoenix Police drug bust where money, drugs and guns were seized. One of the guns had a grenade launcher attached to it.

PHOENIX - After a month-long investigation, Phoenix Police say drugs, thousands of dollars, guns and a grenade launcher were seized in a drug bust on Nov. 3.

He was booked into jail on suspicion of drug offenses and being in possession of weapons and explosives.

The following items were seized:

No further information is available. 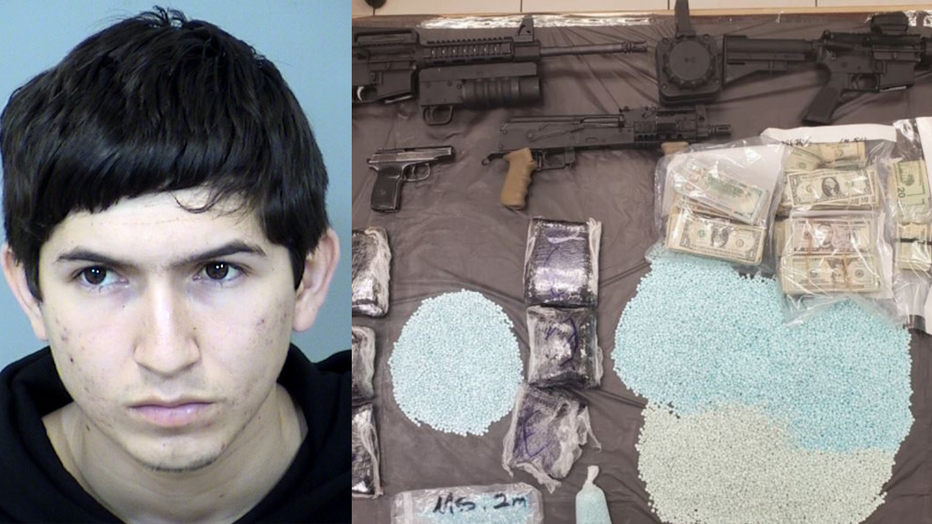