A jury on Long Island has found Teva Pharmaceuticals played a role in what is legally termed a public nuisance in connection with the opioid epidemic.

NEW YORK (AP/FOX 5 NY) - A jury on Long Island has ruled that drugmaker Teva Pharmaceuticals is responsible for contributing to the opioid crisis. A separate trial will follow to determine what Teva will have to pay in the case, part of a sweeping lawsuit that New York Attorney General Letitia James brought against drug companies.

In Thursday's verdict, a Suffolk County jury found the drug company played a role in what is legally termed a public nuisance but had lethal consequences — an opioid use epidemic linked to more than 500,000 deaths in the U.S. in the past two decades.

"Teva Pharmaceuticals USA and others misled the American people about the true dangers of opioids," James, a Democrat, said in a news release. "Today, we took a significant step in righting the wrongs this country has collectively experienced over the last two decades."

Teva, which makes medications using the powerful opioid fentanyl that are approved for some cancer patients, said it "strongly disagrees" with the verdict and plans to appeal.

"The plaintiffs presented no evidence of medically unnecessary prescriptions, suspicious or diverted orders, no evidence of oversupply" by Teva and didn't show that Teva's marketing caused harm to New Yorkers, the company said in a statement. 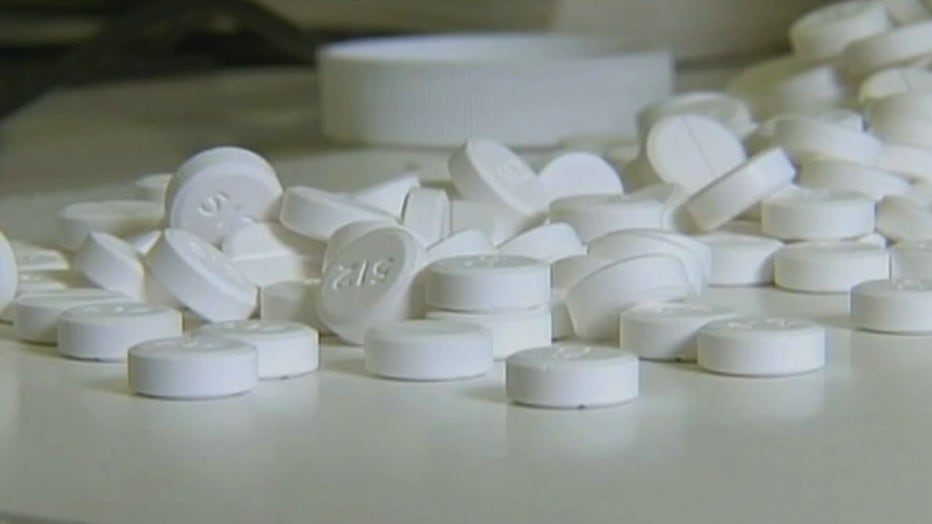 A number of state and local governments, Native American tribes, unions, school districts and others have taken on the drug industry in lawsuits over the powerful painkillers.

New York's lawsuit, filed in 2019, targeted several opioid producers and distributors, companies that buy medications in bulk and sell them to pharmacies. Among the defendants were OxyContin maker Purdue Pharma and members of the billionaire family that controls it.

The suit accused drug companies of breaching their legal duties "to profiteer from the plague they knew would be unleashed." The state said that drug manufacturers collaborated to mislead people and downplay the serious risks of opioid addiction, and that drug distributors skirted systems meant to limit orders for painkillers.

New York said the companies' conduct cost the state hundreds of millions of dollars in addiction treatment bills and other expenses.

Teva was the sole manufacturing defendant left in the suit after other parties settled, most recently Allergan Finance LLC in December. The various settlements have netted New York up to $1.5 billion.

The trial started months ago. The jury began deliberating Dec. 14, taking some days off for Christmas.

Teva and the regional drug distribution company Anda were also defendants in a Suffolk County lawsuit.

Fentanyl overdoses become No. 1 cause of death among U.S. adults ages 18-45

In NY, the plaintiffs presented no evidence of medically unnecessary prescriptions, suspicious or diverted orders, no evidence of oversupply by the defendants – or any indication of what volumes were appropriate – and no causal relationship between Teva’s conduct including its marketing and any harm to the public in the state.

Prior to deliberation, Teva sought a mistrial based on, among other issues, the state’s misrepresentation of the amount of opioids sold by Teva in NY by more than 500 times.

Teva continues to focus on increasing access to essential medicines to patients, including opioid medications for approved indications. Most importantly, the Company continues to pursue a national settlement in the best interest of patients.

As recently as last month, a court in California issued a decision finding that Teva did not cause a public nuisance in Orange County, Los Angeles County, Santa Clara County and the City of Oakland and that Teva did not make any false or misleading statements in connection with marketing prescription opioids in California.

Additionally, last month the Oklahoma Supreme Court overturned an earlier judgment against a pharmaceutical manufacturer and ruled that the public nuisance law in Oklahoma does not extend to the manufacturing, marketing and selling of prescription opioids.

A jury has found an opioid manufacturer responsible for the death and destruction they inflicted on the American people.

Teva Pharmaceuticals USA and others misled the American people about the true dangers of opioids, which is why, in 2019, I made a promise that our team would hold them and the other manufacturers and distributors responsible for the opioid epidemic accountable for the suffering that they have caused.

Today, I am left thinking about all those families that will never be whole again. For everyone who lost their life. For every parent who will never hold their child again. For every community that's been devastated. But, today, we took a significant step in righting the wrongs this country has collectively experienced over the last two decades.

I am eternally grateful to the trial team and all the staff in the Office of the Attorney General, who put in countless hours on our opioids litigation. Without them we wouldn't be delivering more than $1.5 billion to New York state to invest in opioid treatment, recovery, and education programs.

While no amount of money will ever compensate for the human suffering, the addiction, or the lives lost due to opioid abuse, we will immediately push to move forward with a trial to determine how much Teva and others will pay.