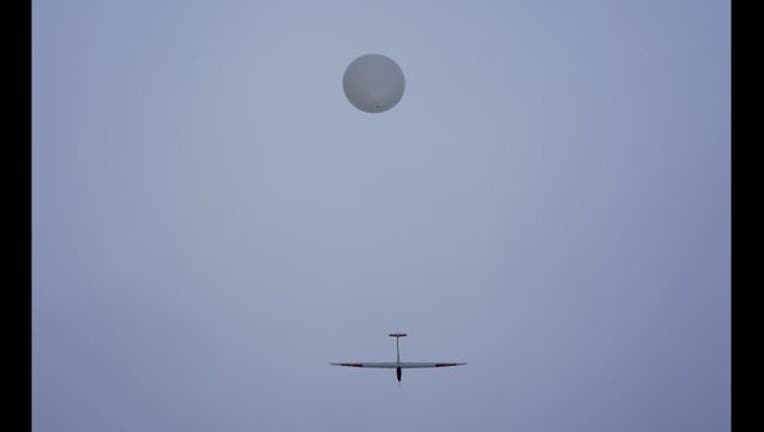 NEW YORK (FOX 5 NY) - A balloon-launched drone has successfully flown at an altitude of 98,450 feet.  That beat a previous record by around 25 percent.

The UAVOS drone flight was performed in conjunction with Stratodynamics, a provider of high-altitude earth observation platforms and services. The entire flight was conducted via beyond visual line-of-sight technology.

This flight, performed at night, was the first of two flights commissioned to test new observational equipment developed by the Slovak Academy of Sciences Institute of Experimental Physics.

The flight was also used to test the drone's stratospheric flight dynamics, data links, and autopilot.

The HiDRON was programed to follow a flight path that provided an unobstructed view upwards from the stratosphere – a mission requirement dictated by the Slovakian team, who were looking for a method that would allow the detector to have a clear view of the zenith and the nadir while unencumbered by a weather balloon.

The drone was lifted by a balloon to the target altitude and released in -76°F stratospheric winds, where it transmitted real-time data to the ground station during a 4 hour controlled descent.

A second flight, even higher flight, is planned.