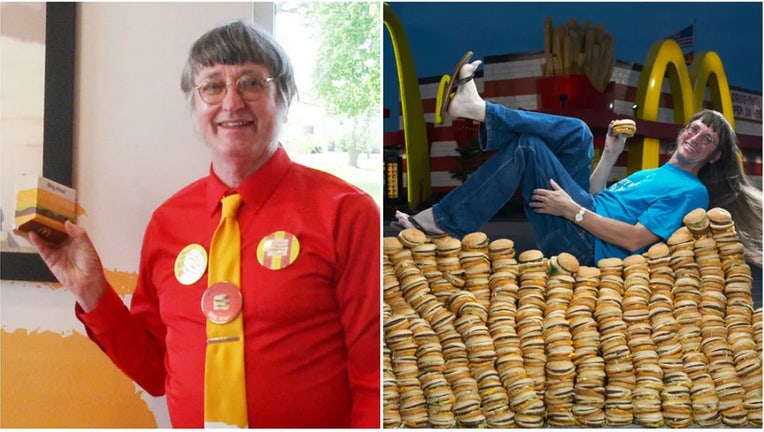 Donald Gorske likes his Big Macs.  He really likes them.

The Fond du Lac, Wis. man has eaten one of the McDonald's sandwiches almost every day for 50 years.  Many days it has been two Big Macs.

Now the Guinness World Records has given him a record 32,340 Big Macs consumed.

May 17, 2022, marked the 50-year anniversary of him eating the McDonald’s burger almost daily.  He has only missed eight days over the past half-century.

Gorske is so well-known at his local McDonald's that he has his portrait hung on the wall.

He was also featured in the Morgan Spurlock documentary "Super Size Me" as a Big Mac enthusiast.

How old is Donald Gorske?

He also has glass cases that contain burger cartons from different time periods, charting the design differences throughout the decades.

Gorske has tried a couple of different burgers over the years, but he says none of them top the Big Mac.

"I'll probably be eating Big Macs every day for the rest of my life," Gorske says.