The company's supply chain centers across the U.S. are also hiring for production and warehouse team members, as well as CDL drivers.

The company's U.S. same-store sales spiked 16% in the second quarter compared to the same time a year ago, marking the 37th consecutive quarter of growth.

RELATED: Pizza shops across the U.S. may be facing a pepperoni shortage

Not only will the roles help the pizza company keep up with the surge in demand but the company hopes to offer a steady income to anyone who has lost their job or been furloughed as a result of the virus, Tom Curtis, Domino's executive vice president of operations, said. 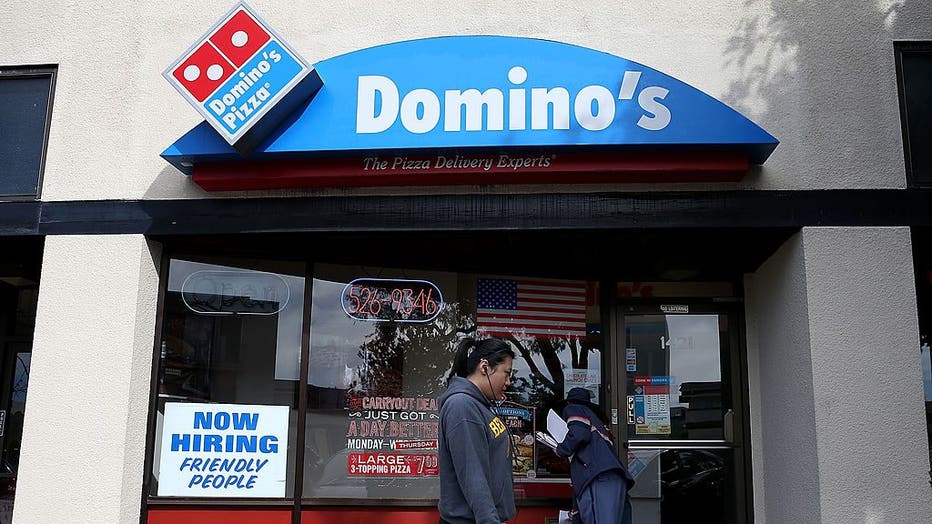 A "Now Hiring" sign is posted in the window of a Domino's Pizza restaurant on March 8, 2013 in Albany, California. (Photo by Justin Sullivan/Getty Images)

"We realize that these are tough times, and not only do we want to maintain strong service levels, but we also want to provide opportunities to those who have lost their jobs or are facing reduced hours," Curtis said, adding that the company is offering flexible work options for those "looking for a steady income."

The announcement marks the company's second hiring spree since the pandemic and resulting economic shutdowns began in March, effectively causing restaurants and bars to close their doors or shift solely to pick-up and delivery orders as local governments work to lower the possibility of a surge in COVID-19 cases.

RELATED: US adds 1.8 million jobs in July, a dip from previous months

In March, Domino's announced plans to hire 10,000 employees nationwide in response to a growth in delivery demands amid the public health crisis.