AUSTIN, Texas - A federal grand jury indicted three men on Wednesday for their alleged involvement in a scheme that duped people into donating millions of dollars to what they thought were political action committees (PACs) during the 2016 election.

The indictment alleges the trio solicited donations through written solicitation and robocalls. Between January 2016 and April 2017, the suspects allegedly collected $3.5 million from donors and used the money to enrich themselves and pay for additional false advertisements.

The trio is charged with conspiracy to commit wire and making a false statement to the FEC, as well as multiple counts of wire fraud.

The DOJ also accused Tunstall and Reyes of laundering more than $350,000 through a third-party vendor to cover up their alleged scheme. The two men face additional charges of money laundering. 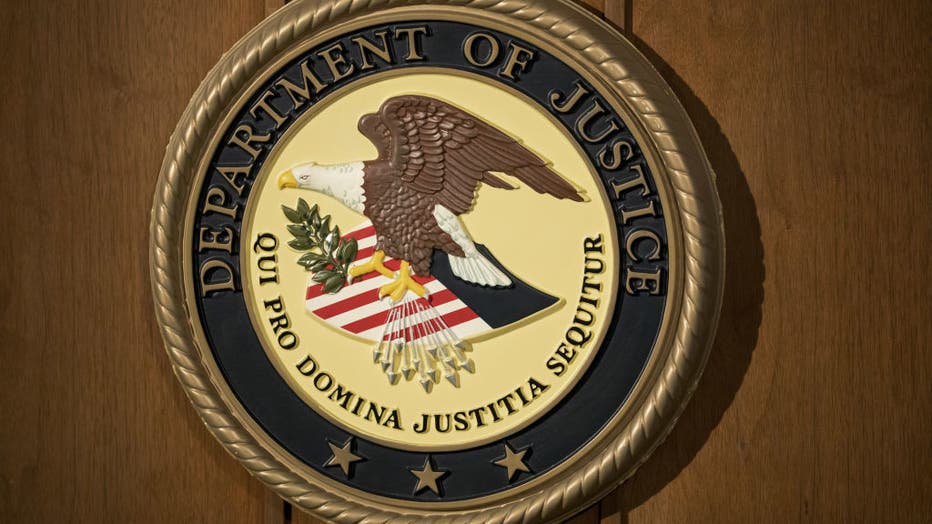 The U.S. Department of Justice seal is displayed on a podium during a news conference at the U.S. Attorney's Office in New York, U.S., on Thursday, July 2, 2020. (Photographer: Michael Nagle/Bloomberg via Getty Images)

If convicted on all counts, Tunstall and Reyes could be sentenced to up to 125 years in prison. Davies faces a maximum total penalty of 65 years in prison, the DOJ said.