A trio of teens are wanted for questioning in connection with the assault of an off duty firefighter in Middle Village, Queens,

NEW YORK - An off-duty firefighter walking his dog in Queens was viciously beaten by a mob of teens after he confronted them for lighting fireworks, yelling, and screaming, according to police.

The 44-year-old man and his dog were on the corner of 75 Street and Juniper Boulevard in Middle Village on July 23 at about 9:55 p.m. when he approached the trio about the noise they were making.

An argument broke out and three teens descended on the man kicking and punching him repeatedly, said the NYPD.

"They all came at me," the victim told the NY Post. "A kid came up behind me and hit me in the back of the head with a bottle and I let go of the dog." 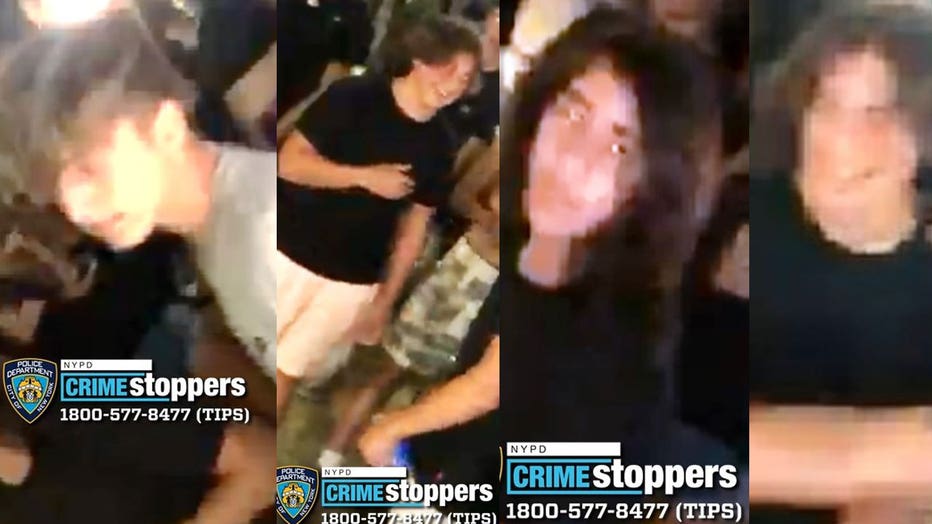 An off-duty firefighter was beaten by three teens in Middle Village, Queens after he confronted them about setting off fireworks and making noise. (NYPD)

Another teen shouted "fight night," and another texted "Old guy with a dog got f––ed up," the Post reported.

The victim, who said there were about 100 teens in the crowd, suffered cuts and bruising to his body. He refused medical attention. The dog was not injured.

Police are seeking a suspect who brutally attacked and robbed a 68-year-old man in Brooklyn on Saturday.

The NYPD wants to find the suspects. The first teen was described as having a light complexion, and a thin build with long dark hair. He was last seen wearing a black t-shirt, shorts, and sneakers.

The second suspect was described as having a light complexion and a medium build with short, straight hair. He was last seen wearing a black t-shirt, light-colored shorts, and white sneakers.

The third suspect was described as having a light complexion and a thin build with short straight hair. He was last seen wearing a gray t-shirt, Nike shorts, and white sneakers.