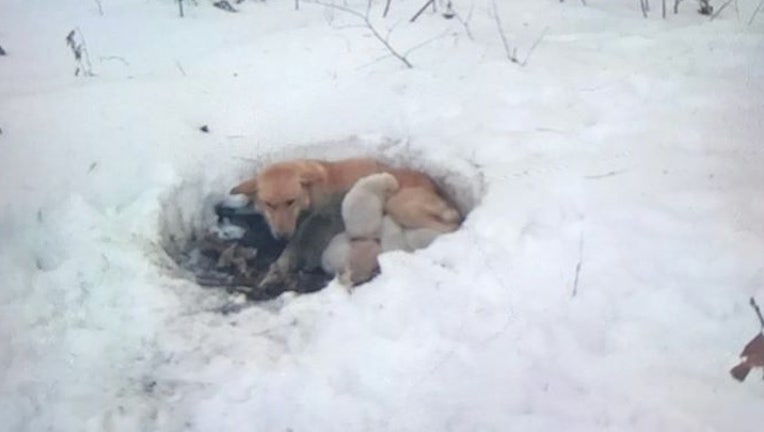 A dog and her six puppies were rescued in northern Minnesota. (Red Lake Rosie's Rescue)

TRAIL, Minn. (FOX 9) - A dog and her litter of six puppies were found in a snowdrift earlier this winter, and now, Red Lake Rosie's Rescue shelter in northern Minnesota is thanking the family who spotted them.

According to the shelter, a concerned family drove the dog and her puppies to the shelter in Trail, Minn. The puppies, which were about three weeks old, were very hungry, and the mother, Snowbelle, had no milk to give them.

The group said that after a few days of warm shelter and good food, the mother started producing milk for the puppies.

Snowbelle has been fixed, and her puppies are being adopted. 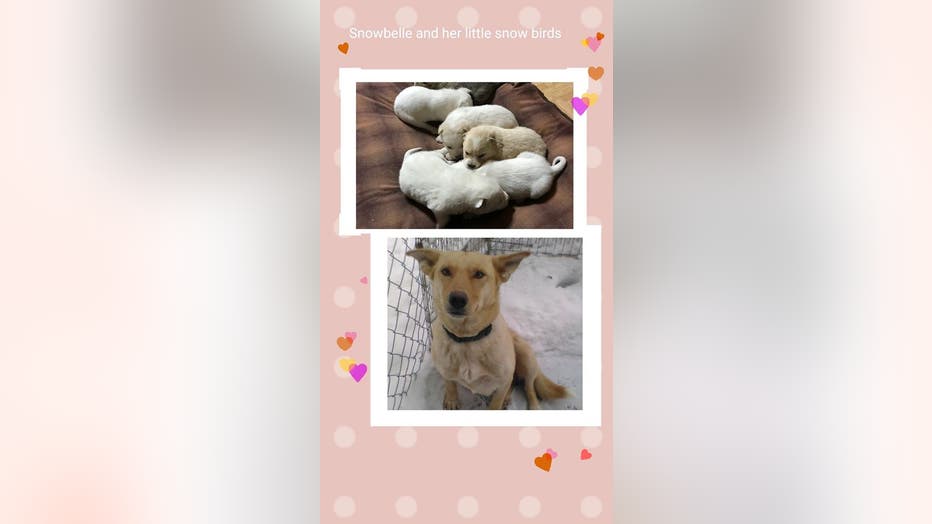 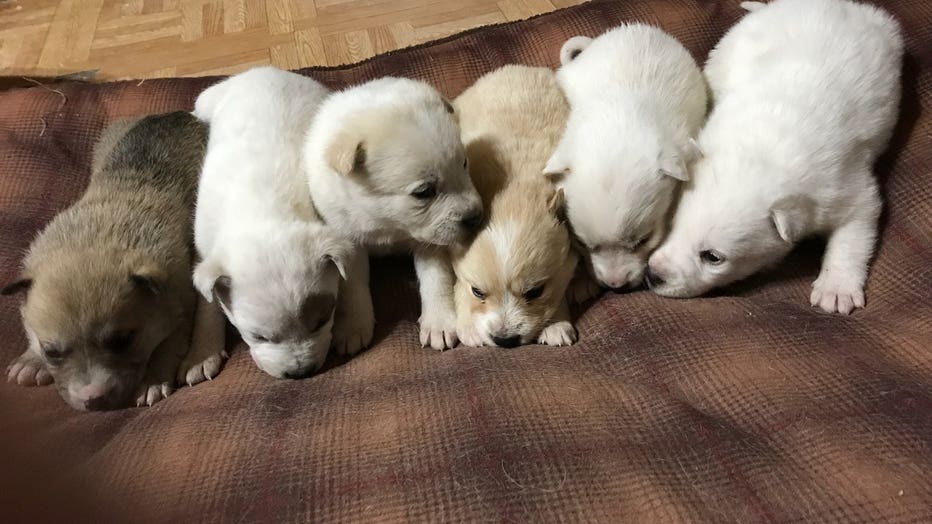