Earlier on Thursday there had been conflicting reports about his death, and Wuhan Central Hospital said in a social media post just after midnight local time that he was in

BEIJING - Li Wenliang, a doctor in China who was allegedly detained for warning others about the coronavirus before he himself was sickened by the illness, has died, according to the hospital treating him.

Earlier on Thursday there had been conflicting reports about his death, and Wuhan Central Hospital said in a social media post just after midnight local time that he was in "critical condition." Later, an updated post announced his death. 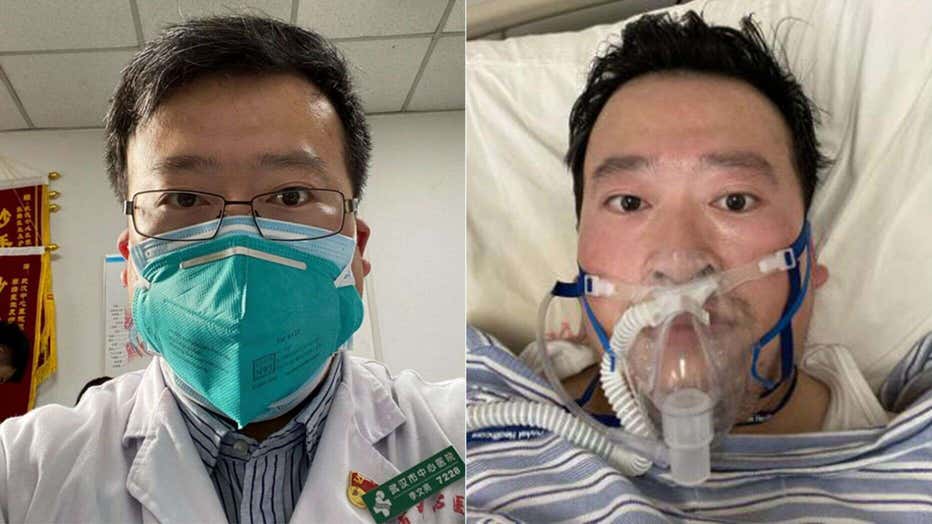 Li Wenliang had claimed that he shared his concerns about the virus in a private chat with other medical students before he was detained by authorities. (Photo credit: Provided via FOX News)

Li, who according to the BBC is a 34-year-old ophthalmologist at Wuhan Central Hospital, had claimed that in late December he shared his concerns via private chat with medical school graduates after several patients exhibited symptoms similar to SARS before he was visited and warned by authorities.

He was then summoned to Public Security Bureau where he was forced to sign a letter stating that he made false comments about the virus, the BBC reported. Authorities later apologized.

Shortly after, he began coughing and developed a fever that landed him in the hospital for several days. On Jan. 30, he tested positive for the virus.

Rumors of his Feb. 6 death first began circulating Thursday on social media and health blogs in China. It is not known if Li had any underlying health complications that may have impacted the severity of his illness. Hours before the hospital confirmed his death, World Health Organization (WHO) officials had expressed sorry over his passing in response to a reporter's question. A spokesperson later told Fox News that the agency did not have updated information about his current health status.

The novel coronavirus has sickened more than 28,000 worldwide and resulted in at least 563 deaths. About 99 percent of cases have occurred in mainland China, although two deaths have been reported outside the country including in the Philippines and Hong Kong.

Get updates on this story from FoxNews.com. The Associated Press contributed to this report.