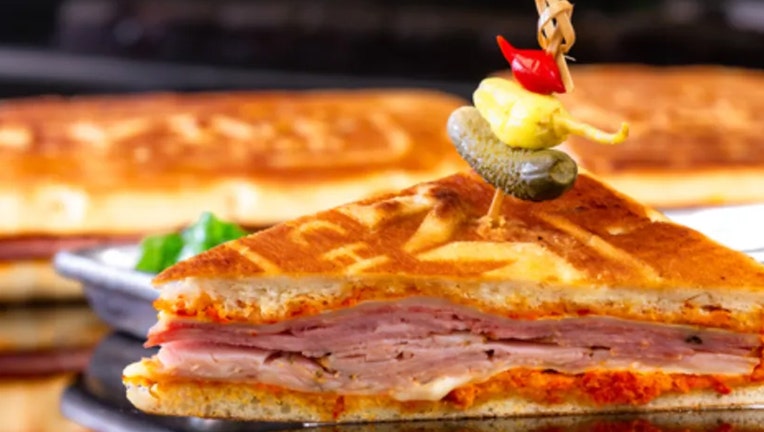 NEW YORK - The Disneyland Resort will soon be home to a new attraction - one of the most expensive sandwiches in the world.

The Anaheim, California resort will feature a new panini sandwich that will debut when Avengers Campus opens at Disney California Adventure Park on June 4.

The quick-service restaurant called Pym Test Kitchen is themed to the movie Ant-Man and the Wasp and will serve meals that have been shrunk or expanded in size.

So, what's in the Quantum-sized Pym-ini Sandwich?

It comes with salami, rosemary ham, provolone, and sun-dried tomato spread on toasted focaccia.  It is served with marinara dipping sauce and arugula salad.

The sandwich will also be available in a single serving for $14.99.

Also on the menu is an oversized can that is filled with soda.  That drink will put you back $22.99.

The Center for Science in the Public Interest has released its

FoxBusiness contributed to this report.