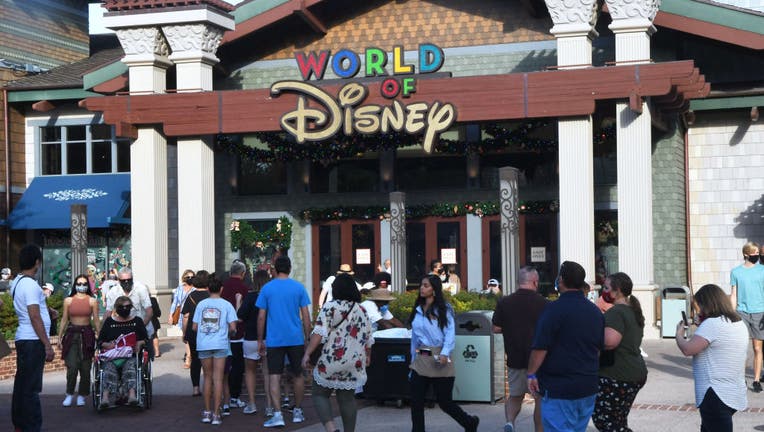 NEW YORK - If Disneyland can do it, so can Disney World.

It was recently reported that Disneyland in California will serve as a "super Point-of-Dispensing" site for COVID-19 vaccines. Now, some officials in Florida are reportedly looking at Disney World in Orlando for similar uses.

State Rep. Anna Eskamani recently spoke with WESH 2 about the possibility of Disney World being set up as a potential vaccine center. According to her, there are a lot of reasons why it would make sense.

Earlier this week, the CDC issued new guidelines making anyone over 65 eligible for the COVID vaccine, but that doesn't mean the millions in our area can get it right away.

"It seems like Walt Disney World has the technology to store vaccines and that is a really important dynamic," she explained, "but also, geographically, Orange County sits between Polk and Osceola Counties and these are all counties of great need."

Disney World reportedly has a high number of refrigerators on site, which is important in keeping the vaccine properly stored.

"At the end of the day it is smart for us to look at these types of institutions that might already have some of the vaccination structure in place," Eskamani said, mentioning college campuses and other companies.

She continued, "There are 4.3 million people over the age of 65 in Florida. We need all hands on deck if we are going to get these seniors inoculated and move on to the next population."

Fox News previously reported that Disneyland Resort in Anaheim will serve as Orange County’s first "super Point-of-Dispensing" (POD) site for COVID-19 vaccinations, launching operations later this week, according to an announcement made on Monday.

Disneyland and four other regional sites will soon administer thousands of vaccines each day to residents most vulnerable to poor outcomes from the disease. Officials will announce the other sites as agreements wrap up.