Disney Wish is&nbsp;reportedly not expected to set sail&nbsp;until 2022. The ship is just one of several new vessels to join the Disney Cruise Line fleet by 2025.

NEW YORK - The Disney Cruise Line revealed much more information about its newest ship, the Disney Wish, in a grand reveal on Thursday morning.

The upper deck of the Disney Wish will feature the Aquamouse, a water ride that features animated cartoons.  760-foot-long water ride loops around the top deck of the ship.

The kids club on the ship features completely reimagined spaces, including a "secret" slide children can use to enter the space.

There will be a Marvel Super Hero Academy zone in the Oceaneer Youth Club.

Another space, the Walt Disney Imagineering Lab, will even allow children to design their own roller coaster.

A new stage version of Aladdin will be one of the shows being produced in the ship's Walt Disney Theater.  Two other original shows are also being developed.  They will be revealed at a later date. 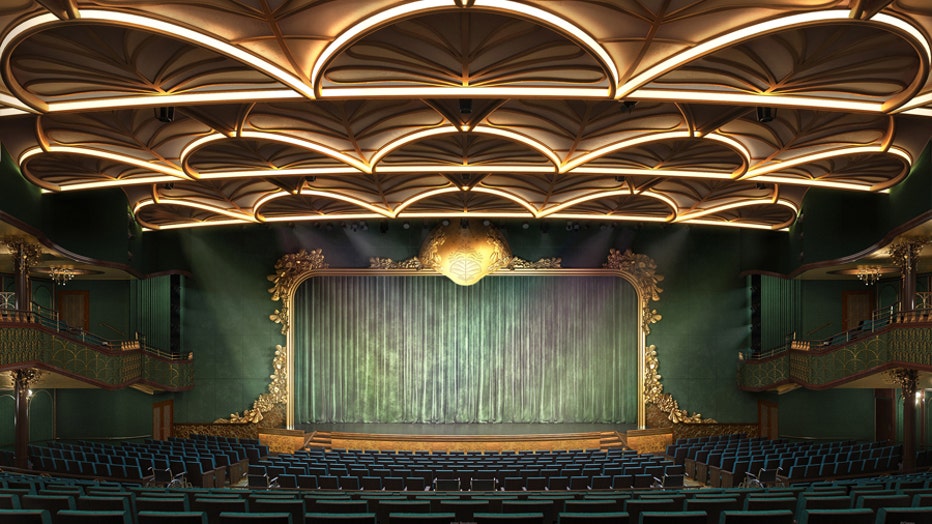 The family restaurants will have new themes.    The Frozen-themed Arendelle will feature a musical celebration.  The restaurant will feature Nordic items on the menu.

1923 will celebrate the year the Walt Disney studio was founded.  It will feature California fusion food.

Another new restaurant is Worlds of Marvel and features experiences tied to the franchise. 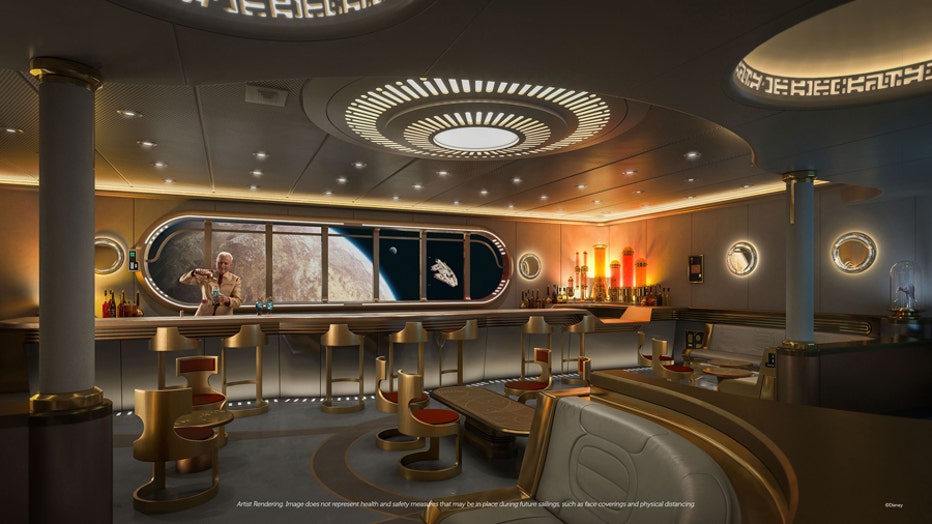 For the adults, one of the bars will be Star Wars Hyperspace Lounge and features themes from the popular movie franchise.

Enchante will be the other featured high-end restaurant for adults.

For guests willing to pay a premium, the concierge area of the ship will be expanded.  The royal suites will be two stories tall, including a spiral staircase. 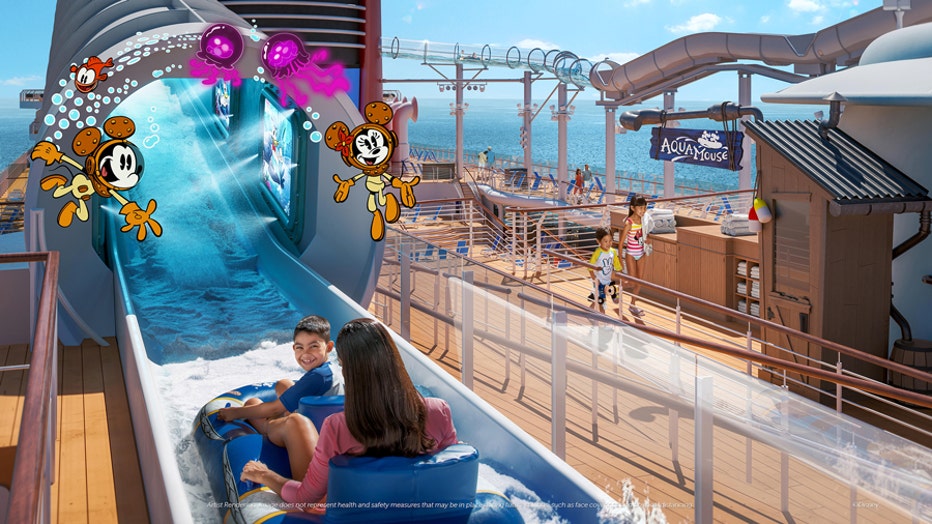 A 30-minute virtual presentation was hosted by Ashley Long, who is a Cruise Director after working in various roles since joining the cruise line in 2010.

The Disney Wish will be the fifth ship for the Disney Cruise Line.  The other ships are Disney Magic, Disney Wonder, Disney Fantasy, and Disney Dream.

The company previously elaborated on the ship’s design, saying the Grand Hall was inspired "by the beauty of a fairytale castle." The ship’s name, Disney Wish, is connected to Cinderella’s story, where she transforms "wishes into dreams and dreams into reality."

Three new ships are scheduled to join the Disney Cruise Line fleet by 2025. The new ships will all run on liquified natural gas.

When does the Disney Wish sail?

The Wish is expected to set sail in the summer of 2022.  It will be larger and have more staterooms than any of the other ships in the Disney fleet.  Disney says reservations on the new ship will open for the general public on May 27, 2021.  People who have previously sailed with Disney will be allowed to book earlier depending on their sailing status as listed below: 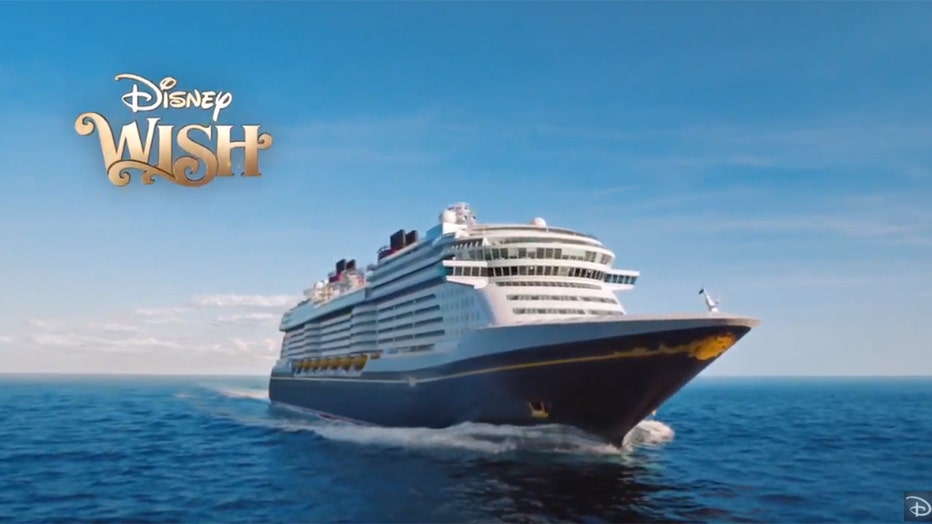