A Detroit mom woke up to a burning home Friday morning and say she was targeted by an arsonist. Now she's just tyring to get the electricity back on and try to rebuild her home for her and her 12 children.

DETROIT (FOX 2) - A Detroit mom of 12 is trying to figure out how to rebuild her home and try to get life put back together after an arsonist apparently targeted her and her home early Friday morning.

Tressa Copeland is trying to figure out how, exactly, she'll move forward after she woke up to a raging fire, a loud noise, and her kids screaming.

"They said mama it’s smoke coming from somewhere, when I came downstairs, there was smoke everywhere. I said let’s go let’s get out," Copeland said. "Everyone ran out the side door. When we came around, the whole front of the house was engulfed. The front door was on fire, all around the front door was on fire, the chairs on the porch, the carpet I had on the porch, all of that was in flames."

Copeland her kids were able to escape without injuries.

Now Detroit Police arson investigators are working the case as it's believed that someone threw an accelerant through the window of her home on Rosemont near Constance street.

"My whole front room is gone. The living room, the couches that I just got, I had a brand new sewing machine that someone just gave me for an ordination that I had on Sunday, it's gone. It's melted in the box. Everything is gone. The only thing that's sitting in there on the piano is my daughter's ashes. Everything else was gone," Copeland said.

The mom of 12 says she's taken on many losses in her lifetime, including the murder of her 19-year-old daughter in 2021.

Today, her plan is to live in the home and rebuild it. First, she needs to get the electricity back on.

"That’s what I’m working on, trying to get help with getting the electricity back on.  God's going to do the rest," she said.

Copeland has set up a GoFundMe in hopes that there are others who can help her get back on her feet but she's determined to get at least one thing: the electricity.

"I’m normally the one who gives so if someone can help in that small way to get the electricity back on. I know I'm going to need some plasterwork done. If I can get help with some of the materials, I’ll do it myself," she said.

Copeland has a 16-year-old with special needs, she home schools her kids, and the computers they use are waterlogged and useless.

The investigation is just beginning but Copeland says her tires were slashed this past Monday and thinks that whoever did this is tied to this incident. 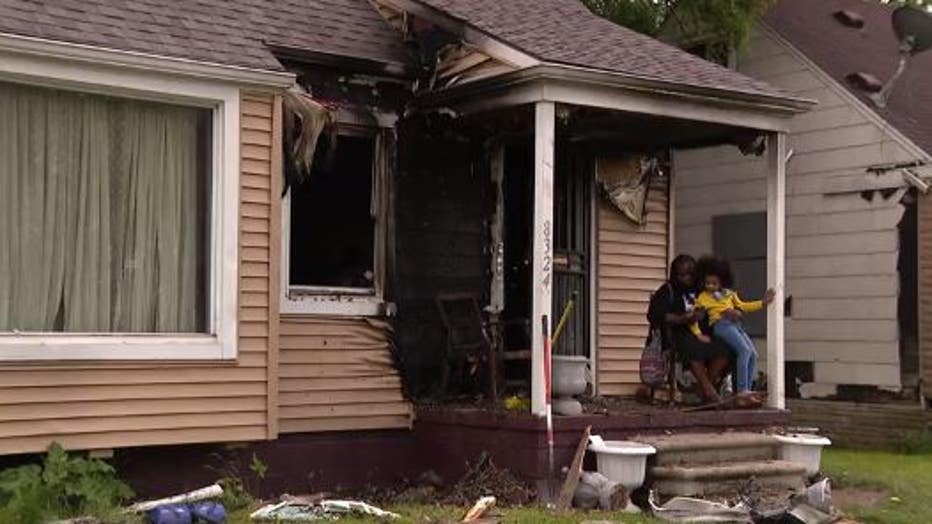 A Detroit mom of 12 is working to rebuild her home after an arsonist targeted it on Friday, May 27.