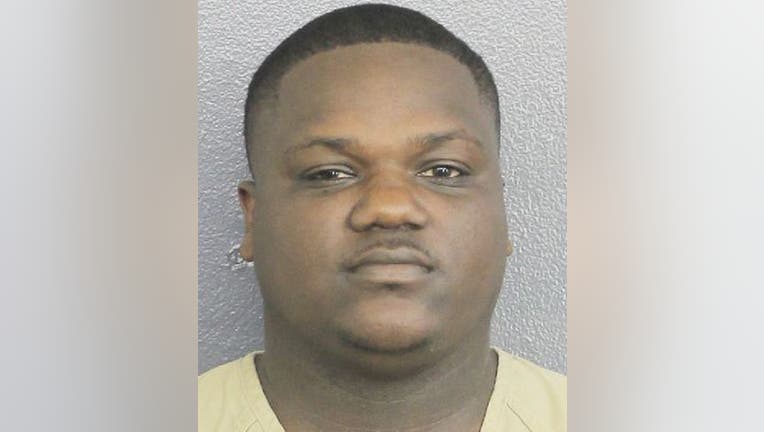 FORT LAUDERDALE, Fla. - A Broward County man is behind bars after authorities say he made a threat against President Donald Trump following the killing of Iranian Gen. Qasem Soleimani.

Chancy Devonte Lump, 26, took to Facebook Live to say that the president "killed my leader" and threatened to blow up Broward County if he couldn't find Trump, according to court documents filed Wednesday by the Secret Service.

Agent Lucas White wrote that shortly after Trump announced last week that a U.S. airstrike had killed Qassem Soleimani in Iraq in retaliation for plotting numerous terrorist attacks, Lump under the name “BlackMan vs. America” began livestreaming a seven-minute video. During that video, agents say Lump made several threats against the president, who was staying at his Mar-a-Lago club, less than an hour away.

The video, reportedly posted on Friday, showed Lump with white cream on his face, a towel wrapped like a turban on his head and an apparent shower curtain wrapped on his body, White wrote of the video that Facebook reported to the authorities on Friday.

“Please tell me where is Donald Trump. I need to find the Donald and if I don’t find him I have to blow up Broward County,” a Broward County arrest report quotes Lump as saying. “Don’t play with me. I have an AK-47. I have it right here.”

A viewer reportedly called authorities after seeing the footage.

When confronted early Saturday at his home, Lump admitted producing the video in response to Soleimani’s death, but said it was a joke, White wrote. But nowhere in the video did Lump say he was joking and conceded, “I should not have did it in the first place,” White wrote.

The affidavit does not say where Lump works as a security guard, but it says he has a concealed weapons permit.

Lump was arrested and charged with making false bomb threat. His bond is set at $100,000.