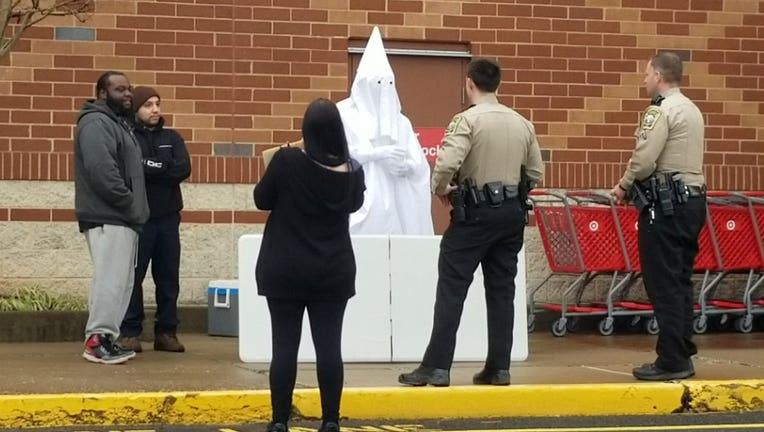 STAFFORD COURTHOUSE, Va. - A black man seen wearing a Ku Klux Klan robe and hood at a Virginia shopping center Tuesday told sheriff's deputies that he was performing a social experiment, according to authorities.

The Stafford County Sheriff's Office was called to a Target store at the Stafford Marketplace around 2:30 p.m. to investigate reports of someone wearing the costume, Maj. Shawn Kimmitz said in a video statement posted to social media.

Deputies found the person in the robe, identified him as a black man and determined he didn't live in the area, he added.

Deputies warned him about wearing a mask in public and he left the scene, Kimmitz said. Virginia law prohibits wearing masks with the intent to conceal identity in public.

A photo posted to Twitter by a witness at the shopping center showed someone dressed in the white robe and hood talking to deputies while others looked on.