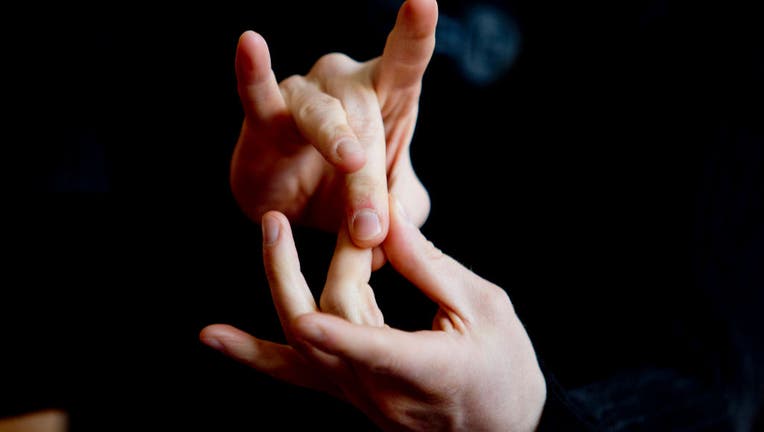 PORTLAND, ME - MARCH 27: Garrett Zuercher of Wisconsin, the lead actor in Tribes, uses American Sign Language while conducting an interview with a reporter at Portland Stage Company on Forest Avenue Thursday, March 27, 2014. The play runs through Apr

PORTLAND, Ore. - A construction company and its recruiter have been ordered to pay a deaf man $225,000 for denying him a job because of his disability.

According to EEOC’s lawsuit, CampusPoint selected the applicant to be considered for an analyst position with Viewpoint.

EEOC stated that both companies thought that the applicant was "highly qualified and his experience was ‘ideal.’" However, the agency contends that when the applicant requested an ASL interpreter for an upcoming group interview, the companies assumed that he would need a full-time interpreter to shadow him if he got the job.

"Instead of considering available accommodations or discussing the issue with the applicant, the companies simply rejected him because of his disability," the EEOC said in a news release.

Mattel unveiled its first-ever Barbie doll with behind-the-ear hearing aids, a doll with a prosthetic leg and even a Ken doll with vitiligo as part of the Fashionistas doll collection.

"Rejecting a qualified applicant due to disability or for requesting an accommodation during the hiring process or to perform the job violates the Americans with Disabilities Act (ADA)," the agency continued.

Both parties then settled the lawsuit in the U.S. District Court for the District of Oregon.

As part of the settlement, both companies will implement ADA policies and evaluate their accommodations during the hiring process as well as on the job. The companies will also revise their online application website and provide EEO training to employees and managers.

"There are so many ways to accommodate people on the job," EEOC San Francisco District Director Nancy Sienko said in a news release. "It is critical that companies explore options for accommodation rather than insisting that the job be performed in the exact manner as in the past. Eliminating barriers in hiring, including hiring practices that discriminate against people with disabilities, is one of six national priorities identified by the Commission's Strategic Enforcement Plan (SEP)."

FOX Television Stations has reached out to Viewpoint and CampusPoint for comments.