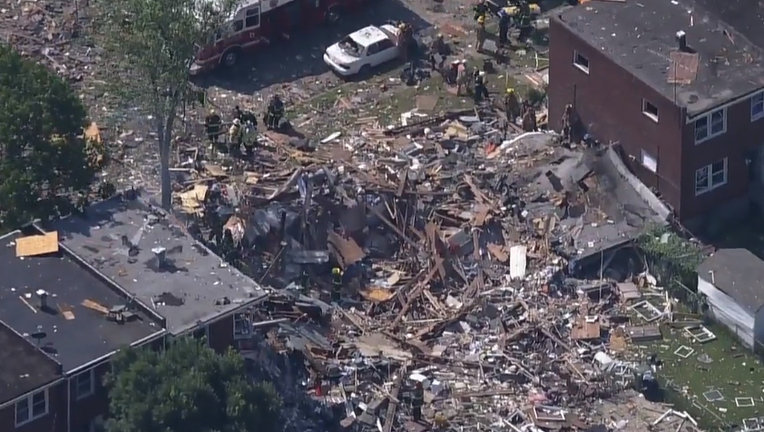 BALTIMORE -  A “major gas explosion” completely destroyed three row houses in Baltimore on Monday, killing one person and injuring several others, the Baltimore Fire Department said. At least one person was trapped in the wreckage.

Firefighters converged on the disaster scene, where the natural gas explosion reduced to the homes to piles of rubble and pieces of debris over a wide area.

The fire department tweeted that two of the homes' occupants were taken to hospitals in serious condition, while an adult woman was pronounced dead at the scene.

The firefighters' union tweeted that special rescue operation units were searching for other people.

Photos tweeted by the union show what appears to be a collapsed building and debris strewn about.