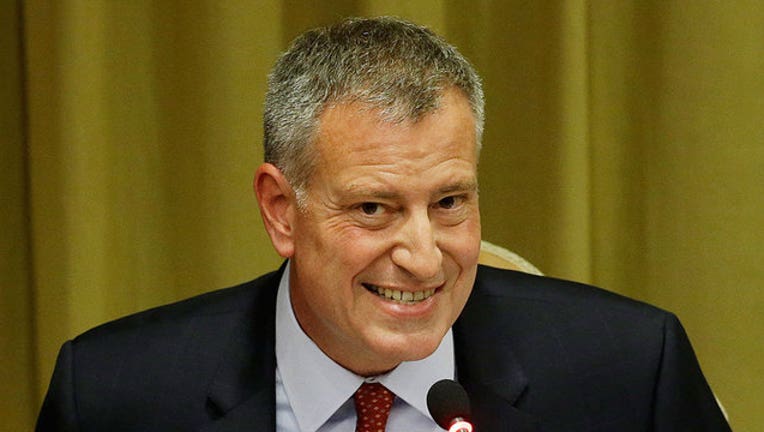 The Quinnipiac University poll found that 44 percent of registered city voters approved of de Blasio's job performance, a number that held steady from the Quinnipiac's previous poll, conducted in May.

But the percentage of New Yorkers who disapproved of his performance ticked up from 40 percent to 44 percent during that same period, leaving de Blasio with what appears to be his lowest net approval rating since he took office in January 2014.

Moreover, New Yorkers who responded to the poll believe by a margin of 47 percent to 41 percent that de Blasio doesn't deserve re-election in 2017.

Mayoral aides downplayed the poll, stressing that de Blasio was recently targeted in a multi-million dollar negative TV ad campaign funded by the ride-sharing service Uber. They also noted that his approval rating rebounded after taking a dip after some charter school allies unleashed a similar ad campaign a year ago.

"This is a mayor who focuses on the fundamentals New Yorkers care about, not political chatter," said spokesman Wiley Norvell, who touted a drop in overall crime and an uptick in job creation.

But City Hall's battle with Uber is not de Blasio's only recent brawl with a powerful foe. He and Gov. Andrew Cuomo waged a war of words after de Blasio criticized the governor for not helping the city achieve more of its agenda during Albany's legislative session. And de Blasio was widely portrayed as having done an 11th hour about-face after authorizing the hiring of 1,300 more police officers after first balking at that budget request for months.

But de Blasio's approval ratings among blacks, Latinos and registered Democrats all remained strong, suggesting solid support from the constituencies he most needs to gain a second term in two and a half years.

Meanwhile, Cuomo enjoyed a 58 percent job approval rating while 36 percent disapproved. More voters surveyed in the poll suggested that they felt that Cuomo better understood the needs and problems of New York City than its mayor.

The poll surveyed 1,108 voters. Its margin of error is 2.9 percentage points.