One Dallas nurse is heading out to the front lines of that fight. He said he simply feels called to help, but knows what he encounters there will be unlike anything he’s experienced before.

Christopher Lane Minor, 29, said he’s been hearing the stories out of New York about what healthcare workers are going through, and knows there’s tremendous need. 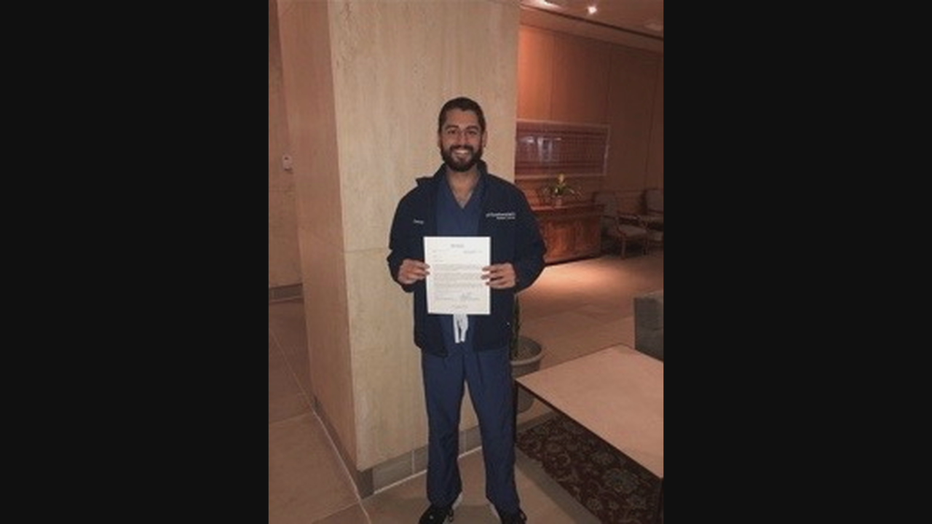 On Thursday, he signed an 8-week contract to work in the ICU at a Manhattan hospital.

“I’d be lying if I didn’t say I had some concern or worry in my heart for what I will experience and live through while I’m there. My fear is the things that I’m seeing on social media, on the news is a true reality. I pray that the is not true,” he said.

Minor said he hopes his skills will save lives while relieving pressure from already exhausted nurses.

And the timing for him just works.

His career has spanned working in the neuro ICU, to most recently as a nurse aesthetician in the beauty industry.

But those elective procedures have ground to a halt.

“Who is going to go help the people of New York if nobody will,” Minor added. “I have had a few people that have brought up the topic why would you want to go there, why would you want do that? And when I hear that it’s a little disheartening. I have that compassion for people so there really was no having to think twice about it.”

Minor said he’ll consider coming back to Dallas when the contract is up if there’s more demand, but feels right now, he’s needed most in New York.