The U.S. Department of Health and Human Services expects the first buses carrying undocumented teenaged boys between 15 and 17 years old to arrive at a temporary shelter in Dallas on Wednesday.

DALLAS - The U.S. Department of Health and Human Services expects the first buses carrying undocumented teenaged boys between 15 and 17 years old to arrive at a temporary shelter in Dallas on Wednesday.

Governor Greg Abbott, who recently toured the border and launched a security plan, is also coming to hold a news conference about the unaccompanied minor crisis.

Volunteers from charities will assist federal workers in operating the shelter in Downtown Dallas. HHS officials say the emergency intake facility in Dallas is to lighten the load at federal facilities on the border.

You can't tell from the outside, but the Dallas convention center is now prepared for the arrival of up to 3,000 unaccompanied teenage boys between the ages of 15 and 17 who were detained at the southern border.

Gov. Abbott tweeted about his Tuesday meeting with emergency management and others to talk about the growing issue. He announced a news conference for Wednesday at the convention center to voice his concerns about the unaccompanied minor crisis.

Rabbi Andrew Paley is the chair of Faith Forward Dallas. The organization is a collaboration of multiple religions and will be assisting Catholic Charities of Dallas in providing volunteers.

"It is a little bit of hurry up and wait," Paley said. "Working together as we have in establishing the partnerships, Faith Forward Dallas, Thanksgiving Square, Catholic Charities. We have at our disposal quite an extensive network of volunteers, pastoral care of resources to bring to bear." 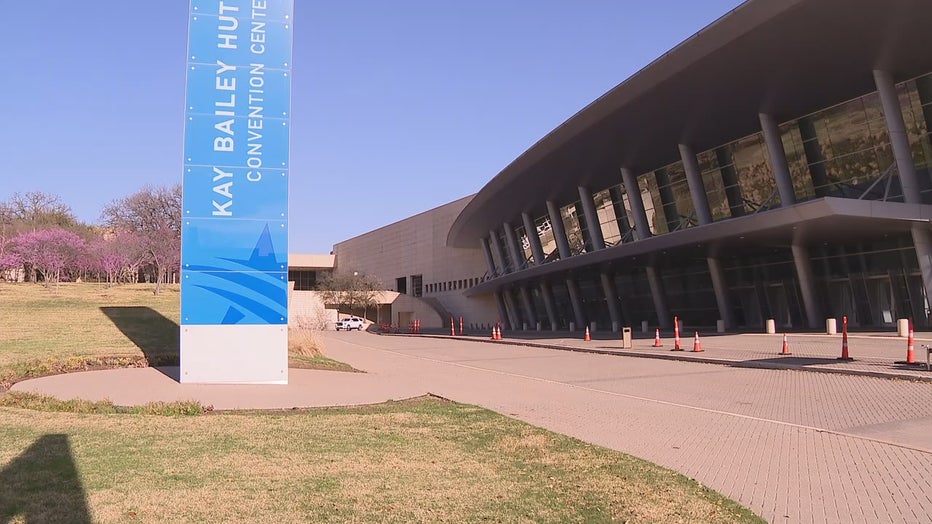 The city of Dallas will not be involved in the operations. FEMA and the U.S. Department of Health and Human Services leased space at the convention center to deal with the overcrowding at facilities along the border.

HHS, which deals with the care of unaccompanied minors, calls the convention center an emergency intake site.

Kay Bailey Hutchison will house the undocumented teenage boys for up to 90 days.

Tuesday, the Department of Homeland Security secretary said they are on pace to encounter "more individuals on the southwest border than we have in the last 20 years."

The Red Cross is also assisting with the emergency effort.

Rabbi Paley says they are focused on safety and providing a peaceful environment for the teens until they are moved to another location.

"These kids traveling hundreds of miles further away, just being disoriented and scared at the very least will need a friendly face and someone to connect with," he said.

Governor Abbott still wants the federal government to provide data on how many of the minors have recently tested positive for COVID. Saying aside from a security risk, he is also concerned about health safety.