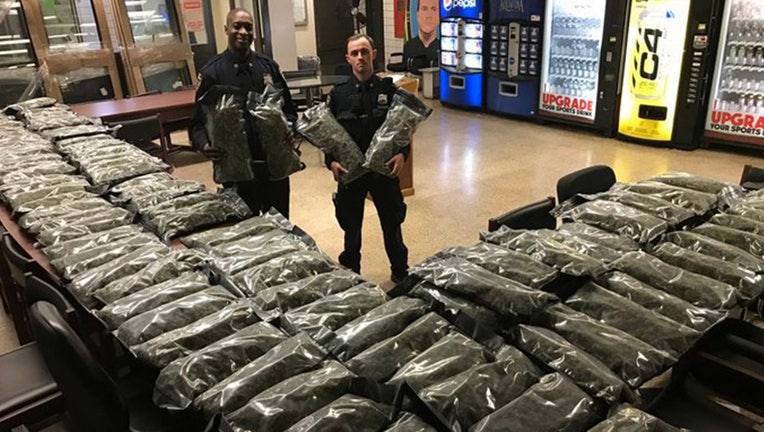 The NYPD posted this image on social media on Nov. 5, 2019, boasting of the seizing of 106 pounds of marijuana in bags. But a business in Brooklyn said the bags contain legal hemp. (NYPD)

NEW YORK - Prosecutors are planning to drop all charges in a New York City case that spotlighted how similarities between legal hemp plants and marijuana can cause confusion.

Levy was arrested Nov. 2 after going to a police station to collect 106 pounds of plants that were seized during shipping from a Vermont farm. They were headed to his brother's CBD shop.

The Levys said the plants were legal hemp used for extracting CBD.

Police said a field test came back positive for marijuana, but those tests often can't distinguish legal hemp from pot.

Ronen Levy is free without bail.