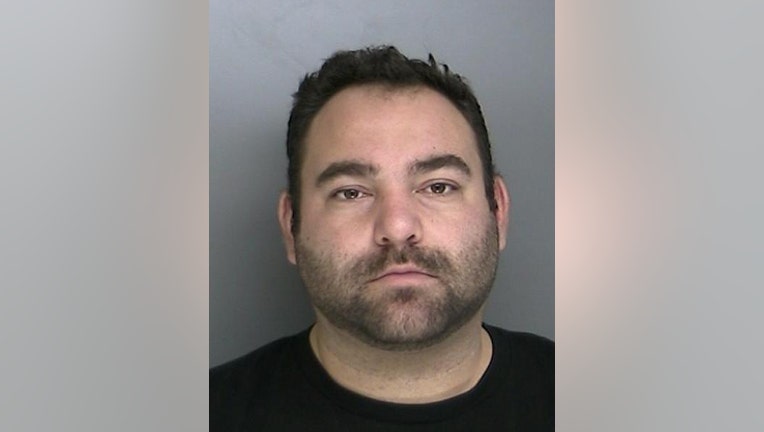 NEW YORK - A man from Long Island sent money and Amazon e-gift cards to underage girls he met online in exchange for photos of their feet — and then extorted them into sending him increasingly explicit images, authorities said.

Suffolk County District Attorney Timothy Sini on Thursday announced a 27-count indictment against Bradley Garyn, 27, of Mellville, in connection with his alleged contact with five minors. But authorities said they believe the case involves many more girls.

"This is a very disturbing case that started with one brave victim coming forward, and our investigation continues to uncover predatory behavior by this defendant against additional victims," Sini said. "He used social media as a hunting ground and lured these young girls into his scheme, using cash payments in exchange for his twisted, ever-increasing demands."

FOX 5 NY attempted to contact Garyn's attorney, Ira Weissman, for comment. Weissman has not responded to a message left with his law firm.

The Suffolk County Police and the DA's office launched an investigation in September 2020 and arrested Garyn on Dec. 3. Under search warrants, police seized his computer and cell phones and are analyzing them.

Authorities said this is how Garyn's alleged scheme worked: Garyn used several Snapchat usernames, including "ipay4feetpics," "paying4feetpics" and "PayU4Selfies," to contact girls and offered them $10 for selfies or photos of their feet; then he'd compensate the girls electronically, including via Cash App or Amazon gift codes.

"After establishing communication with the victims, Garyn allegedly solicited increasingly explicit photographs and videos in exchange for higher amounts of money, up to $500," authorities said in a news release. "In one instance, Garyn allegedly coerced a victim into sending him sexually explicit photographs and video by threatening to disseminate intimate images of her in his possession, a tactic known as 'sextortion.'"

Garyn was arraigned on the indictment on Wednesday before Justice Chris Ann Kelley, who set bail at $300,000 cash, $500,000 bond, or $1 million partially-secured bond. Garyn is due back in court on April 23.