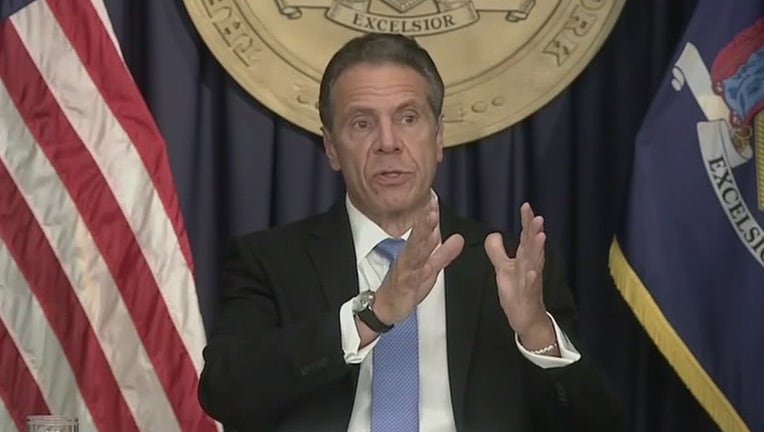 NEW YORK - A lawyer for former Gov. Andrew Cuomo’ wants the sheriff who charged the Democrat with groping a woman to preserve records of any communications his office had with the alleged victim, journalists or other investigators.

A city court in Albany this week issued a summons charging Cuomo with forcible touching after a criminal complaint was filed by Albany County Sheriff Craig Apple. Cuomo has claimed that the charge was based on flimsy evidence and was politically motivated.

In a letter to Apple on Saturday, Cuomo lawyer Rita Glavin demanded that the sheriff's office preserve all records related to the case, including any notes of conversations it had with the woman who accused the ex-governor of groping her, Brittany Commisso.

It also asked for records of any communications with two legal teams that investigated Cuomo's conduct, one that worked for the state Assembly and another for Attorney General Letitia James.

A preservation letter is a standard legal tactic. Criminal defendants are entitled to a broad scope of evidence and other material related to an investigation, which is typically turned over before trial.

Cuomo resigned from office in August after investigators working for James authored a report concluding he had sexually harassed 11 women, including Commisso.

James announced Friday that she was running for governor. Cuomo's team has accused her of purposely ignoring evidence in his favor because she wanted him out of office.

At a news conference Friday, Apple said he was confident in the strength of the case and insisted politics played no role. He also called the governor's operatives "bullies."

The AP does not identify alleged sexual assault victims unless they decide to tell their stories publicly, as Commisso has done.