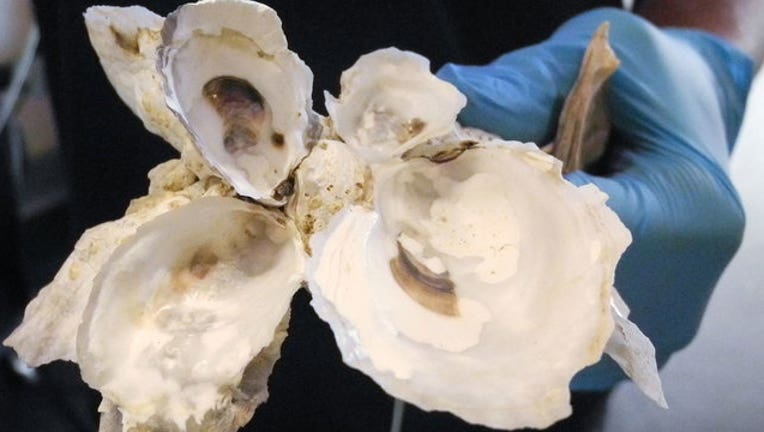 A student holds some oyster shells in the laboratory of the Billion Oyster Project, where environmentalists and students are working to replenish oyster stocks in New York Harbor. (Photo by Johannes Schmitt-Tegge/picture alliance via Getty Images)

The governor says the "Revive Mother Nature" initiative is the most aggressive in the country and will reintroduce millions of oysters to New York waterways.

Saturday's event was part of an effort to create four acres of enhanced habitat off the Hudson River Park for five to 10 million oysters.

Lt. Gov. Kathy Hochul says the program is designed to combat climate change and advance the state as a world-class fishing destination.