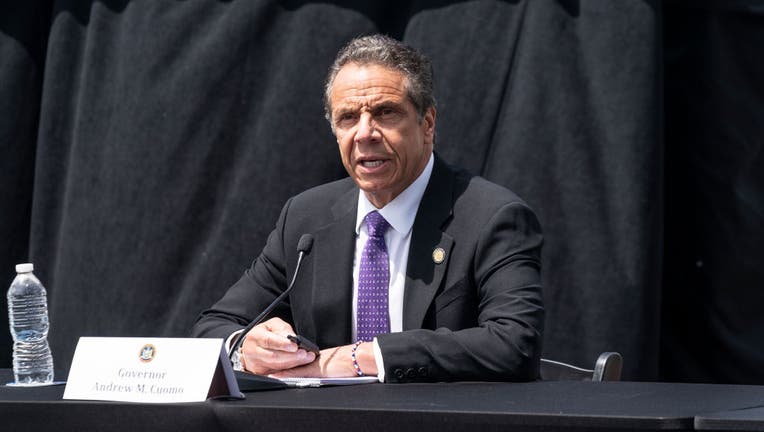 But Gov. Andrew Cuomo is predicting a new increase in cases amid outbreaks in other states.

“The only question is how far up our rate goes,” Cuomo said in an interview with WAMC radio on Friday. “You can’t have it all across the country and not come back."

The governor acknowledged the limitations in enforcing quarantine rules for travelers returning from states with rising rates of transmission. The travel advisory currently applies to people entering New York from 19 states, including California, Texas and Florida.

“How do you catch somebody driving in, right? I mean, it’s very very difficult, it’s trying to catch water in a screen,” Cuomo said. “And there’s a certain inevitability to it. It was in China, got on a plane, went to Europe, people in Europe got on a plane, came here. Then it went down south, down west and it’s going to come back.”

The state on Saturday reported 799 COVID-19 hospitalizations — the lowest number since March 18.

Six people in the state died of the coronavirus on Friday, but state officials said the three-day average death toll had fallen to its lowest rate since March 16.

“I urge residents to stay New York tough and not give up the ground we’ve worked so hard to gain together, particularly in the face of rising cases throughout the country and compliance issues here at home,” Cuomo said in a statement.

Deaths in several other states were rising, meanwhile, including Arizona, Illinois, New Jersey and South Carolina.

New York state has recorded nearly 25,000 deaths, according to an official state tally that doesn’t include people who likely died of the disease.