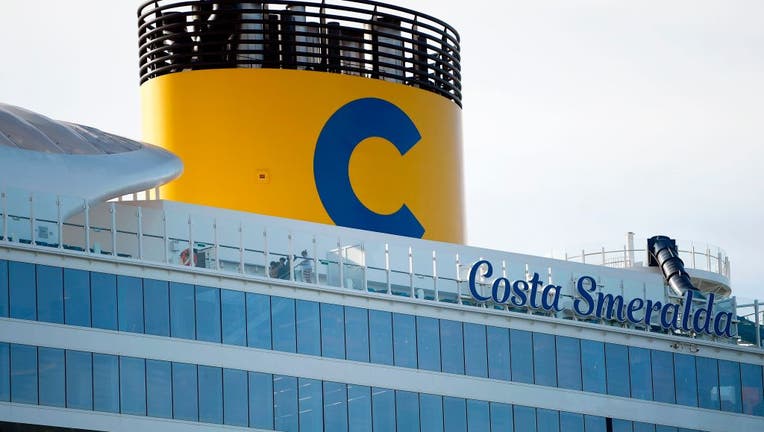 The Costa Smeralda cruise ship is docked in the Civitavecchia port 70km north of Rome on January 30, 2020. More than 6,000 tourists were under lockdown aboard the cruise ship after two Chinese passengers were isolated over fears they could be carryin

LISBON, Portugal - An A380 passenger plane left Portugal on Thursday en route to pick up hundreds of Europeans in China who want to escape the new virus and Italian authorities were keeping some 6,000 passengers on a cruise ship while they checked for a possible infection.

The plane took off from a former military airport at Beja, 200 kilometers (120 miles) southeast of Lisbon carrying just its pilots and crew.

Captain Antonios Efthymiou said the flight would go first to Paris, where it would pick up a team of doctors and extra crew, before heading to Hanoi and then China. He told Portuguese media it would bring back about 350 Europeans.

Efthymiou described the flight as “a humanitarian mission.” He said the crew would take special medical precautions, but he did not elaborate. Portuguese Foreign Minister Augusto Santos Silva said the flight was coordinated between European Union countries and Chinese authorities.

As concerns about the cornonavirus outbreak rippled across the world, two more European airlines halted services to China and a major European company shuttered its China stores.

China has reported 170 deaths from the virus and at least 7,700 infections. More people have now been infected by this coronavirus in China than were sickened there during the 2002-2003 SARS outbreak.

In Europe, there have been 10 confirmed cases of the virus: five in France, four in Germany and one in Finland.

Italian health authorities, meanwhile, were screening passengers aboard a cruise ship docked north of Rome after a passenger from Macao came down with flu-like symptoms, officials said Thursday.

The Costa Crociere cruise line said the 54-year-old woman and her partner, who has no symptoms, were immediately put in isolation Wednesday and the case reported to Italian maritime authorities. Passengers of the Costa Smeralda were being kept on board Thursday pending checks to determine the type of virus.

The ship had sailed from Mallorca, Spain, to Civitavecchia on a weeklong Mediterranean cruise.

On the retail front, Swedish furniture and home goods retailer IKEA announced all its stores in mainland China would remain closed to protect its customers and staff from the outbreak. The stores are a favorite haunt of Chinese city dwellers both for shopping and for hanging out.

Scandinavian Airlines announced it was halting all its flights to Beijing and Shanghai due to the virus as of Friday until Feb. 9th. SAS, which has 12 regular weekly flights from Scandinavia to China, said Thursday that ”the safety of our passengers and employees is our highest priority.”

Spain’s Iberia national airline also halted the three return flights a week it runs between Madrid and Shanghai because of the virus. The company said the suspension would start Friday and continue through the month of February.

Those announcements followed moves to halt or reduce flights to China by other European airlines, including British Airways, Lufthansa, Austrian Airlines, Swiss, Air France and KLM.

Nicole Winfield in Rome and Ciaran Giles in Madrid contributed to this report.