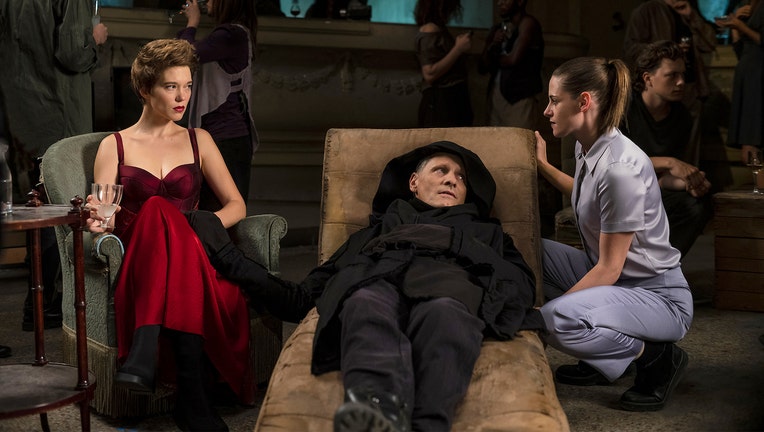 CHICAGO - Horror auteur David Cronenberg has always excelled at appealing to the gut with his films (or to the loins, depending on the project). That’s not to say that his movies lack intellectual substance; they simply aim further down.

About "Crimes of the Future": "Surgery is the new sex" 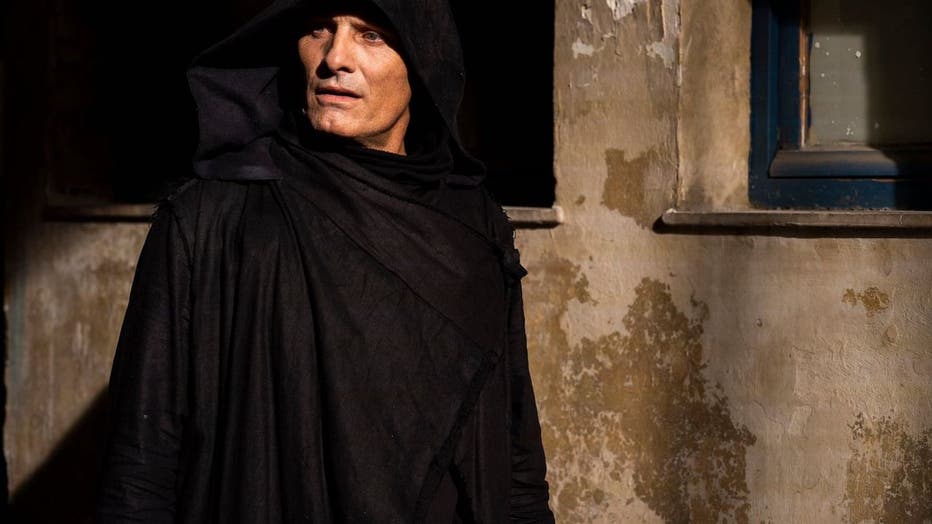 Starring Viggo Mortensen as Saul Tenser, a performance artist who’s made a career out of his body’s ability to spontaneously grow new organs, "Crimes of the Future" is primarily an art-world satire, skewering the foibles of self-consciously edgy provocateurs with nothing to say and the vapid scenesters who fawn over them.

Saul is a pioneer of this futuristic form of mutant body art, and everyone agrees that he’s a genius. (That is, except for Saul, who seems uncomfortable with the idea.) Saul’s work has birthed a whole movement of wannabes: Because a performer literally sticking their head up their you-know-what would be too juvenile, "Crimes of the Future" embodies these hangers-on in the form of one of Saul’s fellow artistes, a man with ears all over his back like a lab rat whose work consists of sewing his mouth shut while a robotic voice drones, "It’s time to listen."

WATCH FREE ON TUBI: Viggo Mortensen in David Cronenberg’s "A History of Violence" — get the app

All of which is to say, while the concept of "Crimes of the Future" is the stuff of bohemian cocktail-party gossip, the execution is still saturated in Croneberg’s beloved body horror. When the audience first glimpses Saul, he’s sleeping in a high-tech device imperfectly described as a cross between a hammock, a uterus and a bacta tank from "Star Wars," It’s the first of multiple pieces of futuristic biotech that factor into his performances. Saul’s act is actually a duo: Caprice (Léa Seydoux), a former surgeon who’s also Saul’s lover, completes the scene by tattooing images onto his errant organs in erotically charged (yet curiously bloodless) performances that spark one of the film’s mottos: "Surgery is the new sex."

That line is delivered by Timlin (Kristen Stewart), a twitchy, horny nerd — sorry, but it’s accurate — whose obsession with Saul accelerates after he and Caprice visit the National Organ Registry where Tilmin and her colleague Wippet (Don McKellar) work. In the world of "Crimes of the Future," Saul isn’t the only human being who’s been experiencing bizarre changes to his corporeal form. So many people have mutated in the past few years that doctors have given the phenomenon a name: Accelerated Evolution Syndrome. Everyone experiences AES differently, although the inability to feel pain has spread throughout most of the human population. And some even think that AES contains the key to saving humanity from itself.

A handful of these true believers have formed an underground political movement devoted to finding ways to use this "new flesh" — to crib a phrase from another David Cronenberg film — to the world’s advantage. These idealists want to use Saul to bring their message to the masses, recruiting him to perform a public autopsy on a boy who was born with the ability to survive by eating plastic. In an early scene, we see the boy chomping down on a trash can, an act his mother receives with shock and horror. She murders her own child out of fear of his mutation, showing that, despite the environmental benefits, not everyone is ready to switch to an artificial diet. It also gives the film a "Crime" to justify its title.

Add a detective (Welket Bungué) using Saul as an informant and two biotech mechanics (Tanaya Beatty and Lihi Kornowski) who may or may not be clandestine agents, and the film gains a shadowy neo-noir element that weaves a net around Saul, tightens it and then walks away without giving any real answers.

WATCH FREE ON TUBI: Kristen Stewart and Chloë Sevigny in the historical thriller "Lizzie" — get the app 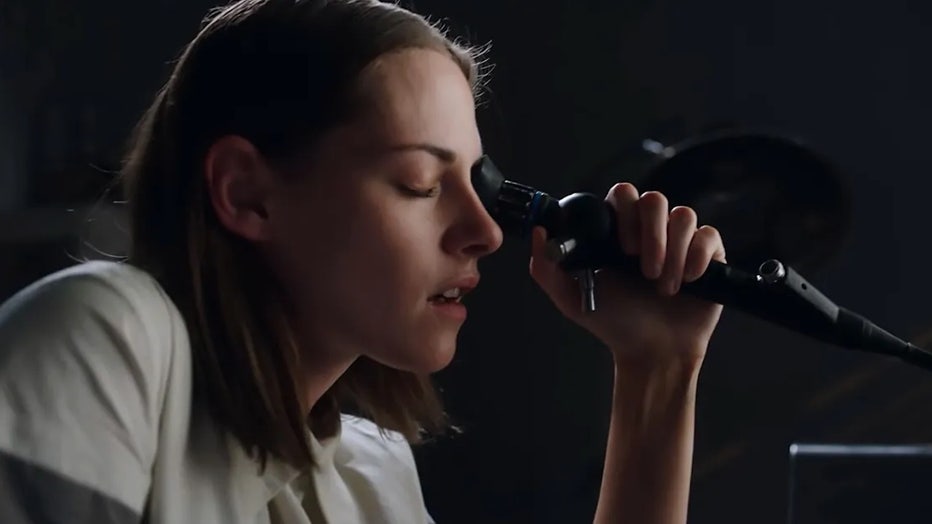 The aesthetics of "Crimes of the Future" are somber and brutalist. Saul walks around in black robes that resemble a ninja’s traditional costume; and performance spaces, bureaucratic offices and private residences are all made of weathered, bunker-like concrete. The modified autopsy machine that Saul and Caprice use for their act looks like a fossilized dinosaur egg, and bones and tendons are woven into the film’s biotech in a striking, H.R. Giger-esque way. The film also takes place in a bombed-out Greek seaside town, where breathtaking natural beauty sits alongside piles of rubble. One gets the impression that Cronenberg prefers the rubble.

WATCH FREE ON TUBI: Robert Pattinson in David Cronenberg’s "Cosmopolis" — get the app

This feeling of alienation — and a little bit of irritation — runs throughout "Crimes of the Future," as different starstruck characters tell Saul what a genius he is for what, in terms of his lived experience, amounts to basically a tummy ache. The process of growing these new organs is unpleasant, and affects Saul’s ability to eat, and even breathe, on his own. And while he and Caprice put quite a bit of thought behind the execution of their performances, the actual act of creation happens outside of their conscious control. They then put these intimate, internal processes on display for people who will inevitably misunderstand them.

As a metaphor for the life of an artist, it’s self-evident, but not quite clichè, especially given the dry sense of humor with which it’s presented in the film. (Asked what it feels like to grow these new organs, Saul says, "It’s not a completely bad feeling — at least, not uninteresting.") Even in a story about how over it he is, Cronenberg can’t help but be intriguing, innovative, singular and sexy — whether he likes it or not.

About the writer: Katie Rife is a film critic, programmer, and former Senior Writer of The A.V. Club. Her work has appeared in Rolling Stone, Polygon, and Vulture, among other outlets.

"Videodrome" is streaming for free on Tubi — get the app

How to watch "Crimes of the Future"

After a limited release in early June, David Cronenberg’s latest opens in theaters across the country on June 10. It is not currently available to stream.