This 'Cousin Eddie' Christmas display in Shepherdsville, Ky. prompted a call to the police from a concerned citizen. (Credit: Joni and Jerry Keeney)

Police in Shepherdsville, Kentucky, were called to the scene of a man allegedly exposing himself outside a home — only to find out it was simply an elaborate tribute to a beloved Christmas movie.

When police arrived on the scene on Wednesday, Dec. 21, they were relieved to learn that no crime was occurring that day in the small city about 20 miles south of Louisville: It was just a mannequin belonging to a "National Lampoon’s Christmas Vacation" movie super-fan, as local Fox affiliate WDRB-TV reported.

A dispatcher in Shepherdsville described the scene as that of "a male standing outside. He is naked. He has a robe covering part of his body. He is exposing himself, and he has a hose between his legs."

Instead, they found a mannequin dressed as "Cousin Eddie," the foul-mouthed character played by Randy Quaid in the 1989 film. 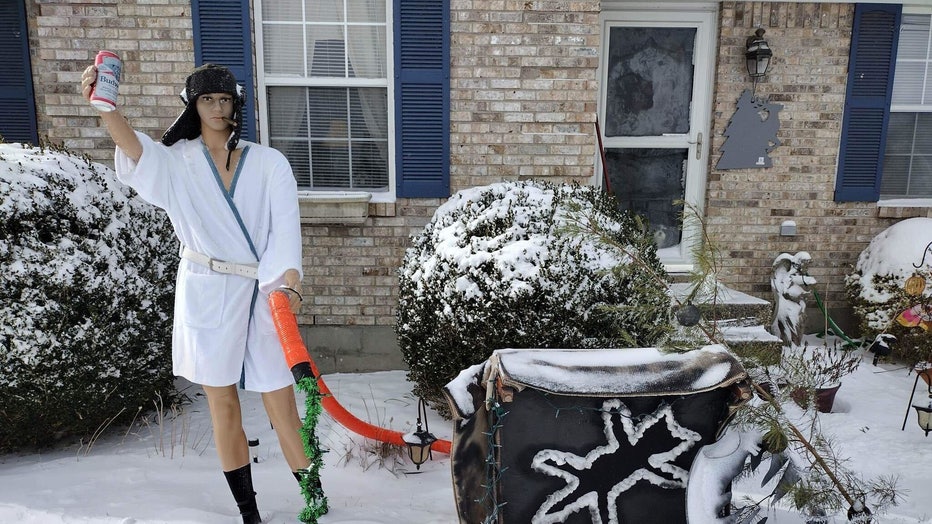 This 'Cousin Eddie' Christmas display in Shepherdsville, Ky. prompted a call to the police from a concerned citizen on Wednesday, Dec. 21, 2022. (Credit: Joni and Jerry Keeney)

The mannequin was wearing a robe and a hat, raising a beer and a smoking cigar.

The mannequin was holding an orange hose, a reference to Cousin Eddie's iconic scene in the film when his RV's plumbing was "full."

Officers on the scene did not make any arrest or citation. Instead, they "did get a laugh and took some photos of the display," said WDRB-TV.

The mannequin belonged to Joni Keeney, who said that "National Lampoon's Christmas Vacation" is her favorite Christmas movie, and that "everybody has a ‘Cousin Eddie' in their family, everybody." 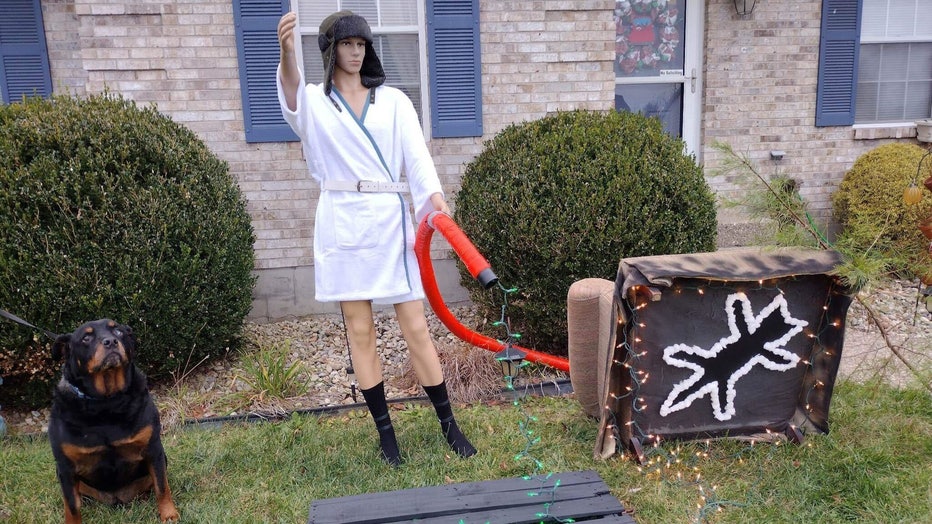 Joni Keeney enlisted the help of a neighbor to ensure her "Cousin Eddie" mannequin was accurate to the movie. (Credit: Joni and Jerry Keeney)

Keeney and her husband do not drink, so they enlisted the help of a neighbor to make their display more movie-accurate, said WDRB.

"She told me she was looking for a mannequin, and I'm like, ‘Oh Lord, here we go,’" said her neighbor, Tamara Gould.

Gould's husband drank the beer that "Cousin Eddie" was holding, reported the outlet.

In addition to the Cousin Eddie mannequin, Keeney's display contained other references to the film.

Underneath a flipped-over armchair (which she said she bought on Facebook Marketplace), Keeney outlined a cat in what appears to be tinsel. 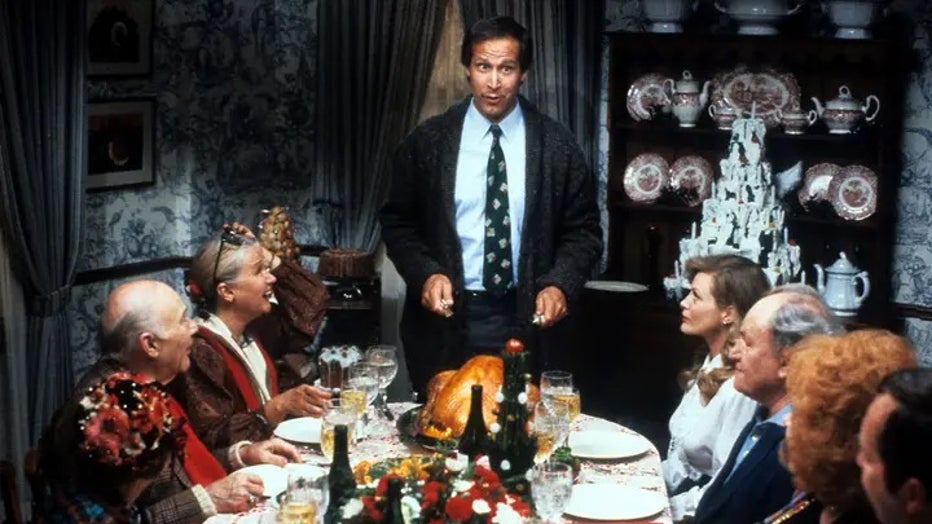 Chevy Chase starred as Clark Griswold in the 1989 film "National Lampoon's Christmas Vacation." The film told the tale of the extended Griswold family coming together for Christmas. (Warner Brothers/Getty Images)

In the film, the Griswold family's cat is electrocuted in a tragic Christmas lights mishap.

Keeney wanted "people to have a good Christmas and get a laugh" from her display, she said, adding, "It's been a hit with the neighborhood."

"It's the best, I think," Gould concurred to WDRB.

Next year, Keeney hopes to expand her display to include other characters from the movie.

She said she intends on hanging a Clark Griswold mannequin from her roof, she told WDRB.