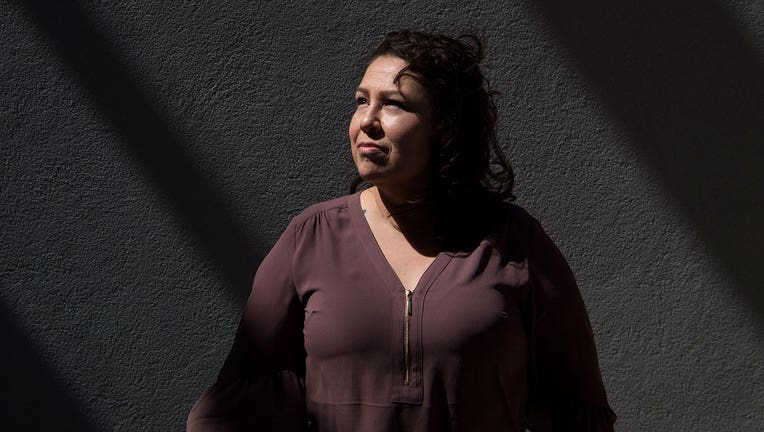 Ruby Torres stands for a portrait in her apartment complex in Phoenix, Arizona on July 4, 2018. (Photo by Carolyn Van Houten/The Washington Post via Getty Images)

PHOENIX - A woman can't use her frozen embryos to have a baby over opposition from her ex-husband under terms of the contract they signed with a fertility clinic, the Arizona Supreme Court ruled.

The high court ruling ends a case that drew support from social conservative groups for the woman, Ruby Torres, who had her eggs fertilized prior to treatment for an aggressive cancer in 2014 that rendered her infertile. After the couple divorced in 2017, her ex-husband didn't want to have children together and asked the courts to order the fertilized eggs donated under terms of the contract.

A trial court ruled that the contract left it up to the courts to determine the fate of the embryos and then sided with the ex-husband, John Terrell, saying his interest in not having children he would be financially responsible for outweighed Torres' right to have a biological child.

The state Court of Appeals overturned that ruling last March, agreeing that the contract allowed courts to decide but saying Torres' rights to have children prevailed over Terrell's right not to become a father.

Both courts got it wrong, according to the Supreme Court. The lower courts ruled that a contract clause allowed courts to determine whether to donate or implant the embryos. Terrell's attorney's had pointed to a contract provision that required the consent of the other person for implantation as controlling.

The high court, sitting with only five of seven justices, unanimously agreed with Terrell that the phrase in question “means that upon divorce or dissolution of the relationship, the parties chose to donate the embryos absent a contemporaneous agreement for use by one of them.” They noted the trial court came to the right conclusion, the only one that the contract allowed if both parents could not agree.

The eggs will now be donated under terms of the former couple's contract.

“We’re disappointed of course, but the Supreme Court says what the law is so we have to abide by it,” said Stanley Murray, Torres' lawyer.

Murray said he hasn't yet spoken to Torres, but said that the reversal of the Appeals Court victory would be devastating.

He had argued that the contract was ambiguous and the lower courts agreed, stepping in to apply a balancing test.

“Everybody else had different interpretations of the contract, but both the trial court and the Court of Appeals were on the same page as far as the contract doesn’t apply here, it doesn’t cover this situation, so we have to apply the balancing of interests test," Murray said. "But the Supreme Court said, ‘No, the contract does cover this.’"

The Arizona Legislature changed the law in 2018 in response to Torres' case. The law now allows a former spouse to use the embryos against their former partner's wishes, but relieves the ex-spouse of parental responsibilities like child support. The change is not retroactive and therefore does not apply to Torres' case.

The change was pushed by the Center for Arizona Policy, a social conservative group that lobbies for religious freedom and anti-abortion policies.

“I’m heartbroken for Ruby Torres today,” Cathi Herrod, the group's president, said in a statement. “It’s a sad day that she will not be able to bring her children to birth and raise them as she so desired.”