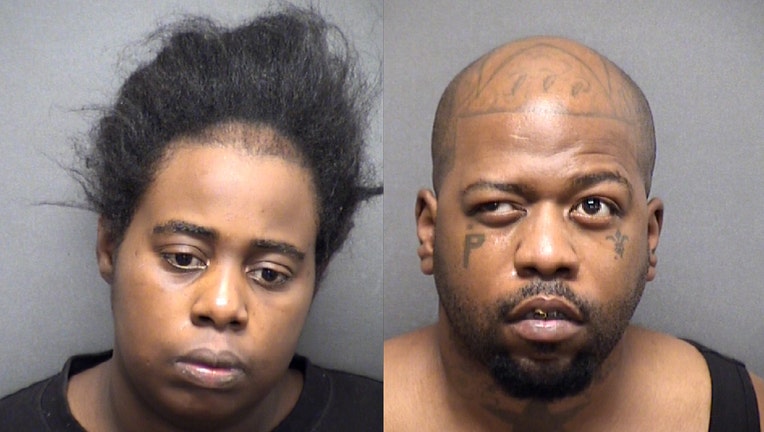 A Texas mother and her boyfriend are facing charges after emergency workers found an extremely emaciated 9-year-old girl in their apartment.

Their arrest came days after EMS responded to a 9-1-1 call.

Local media reported that Williams had called police saying the child had passed out.

When she was taken to the hospital doctors said the girl weighed 35 pounds, the average weight of a four-year-old.

Williams told police that the girl "for some unknown reason" stopped eating and drinking, according to an affidavit reported in the local media but the arrest affidavit paints a much grimmer picture.

She told the doctor that she was starved, handcuffed around her ankles, and hit with a dog leash by the pair because they "think that she steals," a report stated.

Doctors said the child suffered from extreme malnutrition and had visible injuries and open wounds.

The girl also tested positive for COVID-19, according to the affidavit.

Court records showed the pair were awaiting indictment and remained in the Bexar County Jail.

No attorney was listed in their jail records.