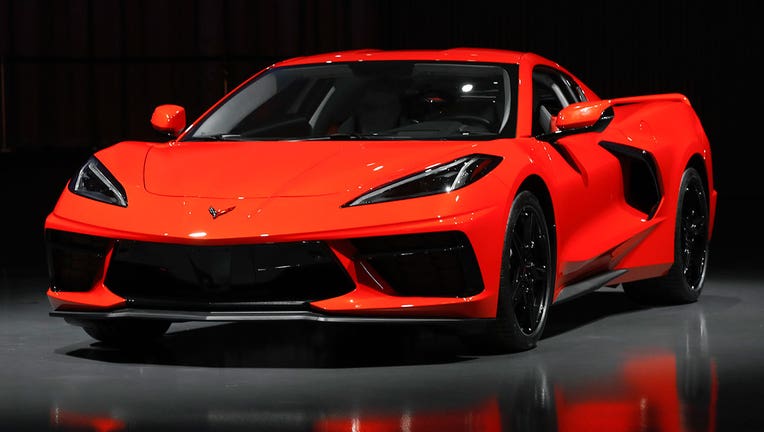 NEW YORK - A Georgia man thought he hit the jackpot when he won $250,000 and a new Chevrolet Corvette Stingray in a scratch-off lottery game in December, but he’s run into a roadblock cashing in on his new wheels.

Dennis Kahler told Fox News Autos he purchased one $5 Corvette and Cash ticket at kiosk while picking up lunch for his wife at a fast-food restaurant. He hadn’t previously played the game, but found a $5 bill in his pocket and decided to go for it. The contest promised the $250G plus enough to buy a fully-loaded Corvette Stingray and cover the taxes and fees and he gets to keep the difference if anything is left over from the $107G allotment for the car.

However, the lottery hadn’t secured any cars for the four winning tickets that were printed ahead of time and when Kahler reached out to a dealer the company handling the payout suggested, Five Star Chevrolet in Warner Robins, it was asking $10,000 over list for the in-demand model, which as a base price of $59,995.

Chevrolet had hoped to build 40,000 Corvettes in 2020, but production was stymied by coronavirus-related shutdowns and a UAW strike and it only built half that amount, with some customers having their orders bumped to the 2021 model year as a result.

Kahler balked at the markup, which another winner had previously paid. A Five Star representative told Fox News Autos that they had actually lowered the price adjustment from the region’s going rate of $25,000 to accommodate the lottery, which hadn’t reached out prior to creating the game.

Alison Morris got behind the wheel of a Ferrari.

Kahler, who is a used car dealer himself, said he was disappointed that the Georgia Lottery didn’t have any agreements in place before launching the Corvette and Cash game and has been trying to track down a car on his own at an acceptable price. After he shared his story on a Corvette Facebook group in a post that went viral, one dealer reached out offering to sell him a Stingray that was marked up $60,000. Hard pass.

So far, Kahler’s only been able to find one at list price at Master Chevrolet in Aiken, S.C., but he won’t be able to take delivery until the fall, so he’s still weighing his options. On the bright side, he did get the $250G payout to tide him over while he does.

The Georgia Lottery has not responded to a request for comment from Fox News and a Chevrolet spokesperson said that the automaker was not involved with the game at all.

In this edition of Lap of Luxury, we went to Lamborghini Lounge on the Upper East Side to check out the incredible new space and drive the 2018 Robb Report Car of the Year—the Lamborghini Huracán Performante. Base price on the Performante is $274,000. The custom model we drove runs $337,000. You can customize a Lamborghini to that level and beyond at the new Lamborghini Lounge.

GET UPDATES AT FOX NEWS