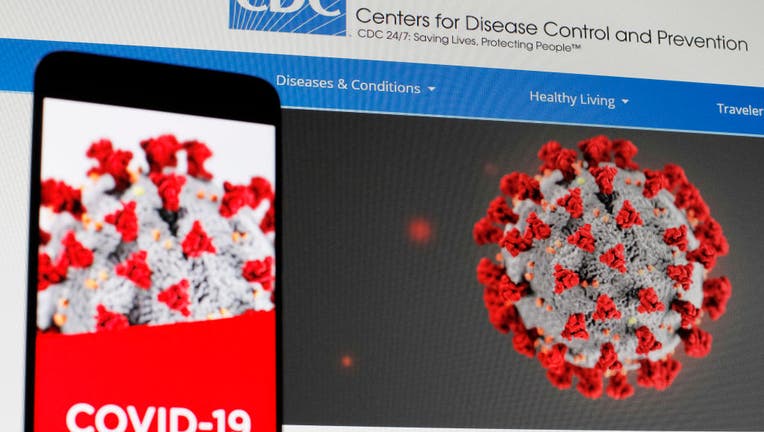 In this photo illustration the Centers of Disease Control and Prevention (CDC) web page displayed in internet on a pc screen and a coronavirus image on a mobile phone. (Photo Illustration by Pavlo Gonchar/SOPA Images/LightRocket via Getty Images)

Older men infected with the novel coronavirus are up to twice as likely to become severely sick and die as women of the same age, according to a study published Wednesday.

The findings suggest that men over the age of 60 may need to depend more on vaccines to protect against the infection. Yale University researchers also concluded that men produce a weaker immune response to the virus than women.

"Female patients mounted significantly more robust T cell activation than male patients during SARS-CoV-2 infection, which was sustained in old age," the study's authors explained in an abstract of their findings. T cells can halt the spread of infection and kill virus-tainted cells.

"Importantly, we found that a poor T cell response negatively correlated with patients’ age and was associated with worse disease outcome in male patients, but not in female patients," they continued.

The team analyzed immune responses in 17 men and 22 women who were admitted to the hospital soon after they were infected. They then collected blood, saliva, urine, stool and nasopharyngeal swabs from the patients every three to seven days.

The analysis excluded patients on ventilators or those taking drugs that affect the immune system.

As The New York Times reported Wednesday, women are known to have quicker and stronger immune responses, potentially at least in part because their bodies are predisposed to fight pathogens that threaten unborn or newborn children.

An immune system continuously on high alert, however, can be damaging to the body; most autoimmune diseases are more prevalent in women.

The study's report noted its limitations: It was small, and the age of patients made it difficult to assess how the immune response changes with age.

Although companies pursuing a coronavirus vaccine have yet to release clinical data monitored by trial participants’ gender, these findings underscore the need for a magnified focus and may influence decisions about dosing.

The U.S. Food and Drug Administration (FDA) has asked for companies to submit that data as well as findings based on race and ethnicity.