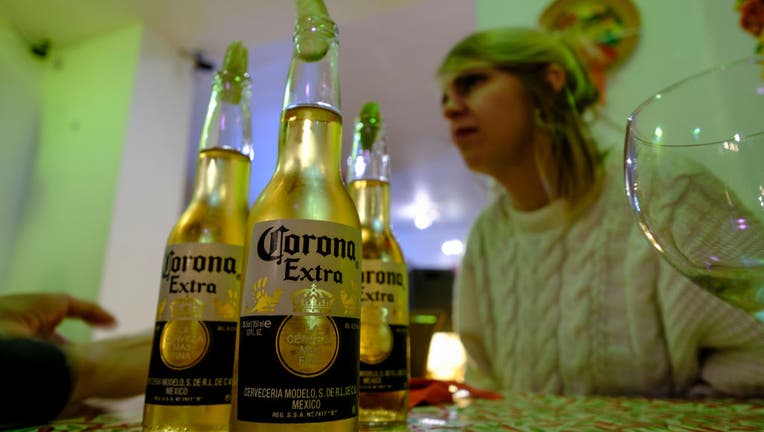 Customers enjoy a Corona Beer in the 'El Mexicanito Bruxelles', a Mexican restaurant in Ixelles on March 13, 2020 in Brussels, Belgium. (Photo by Thierry Monasse/Getty Images)

Corona beer has halted its production due to the coronavirus pandemic.

Mexico’s government says that the business is non-essential, so the company has been forced to temporarily suspend operations.

Brewer Grupo Modelo says that it will stop making the beer and other brands which are exported to 180 countries.

Corona’s coincidental name connection to the virus led to nearly 2 in 5 Americans saying they wouldn’t buy the beer, according to one poll.

Constellation brands handles the distribution and import of Grupo Modelo’s beers in the U.S., with Modelo and Corona being its top sellers.

Sales accelerated in the first three weeks of March, with its beers growing 24 percent compared to a year ago.

This week, Mexico declared a health emergency due to a spike in coronavirus cases and ordered the suspension of non-essential activities in the public and private sectors until April 30.

According to Johns Hopkins University, Mexico has 1,510 confirmed coronavirus cases and 50 people have died.