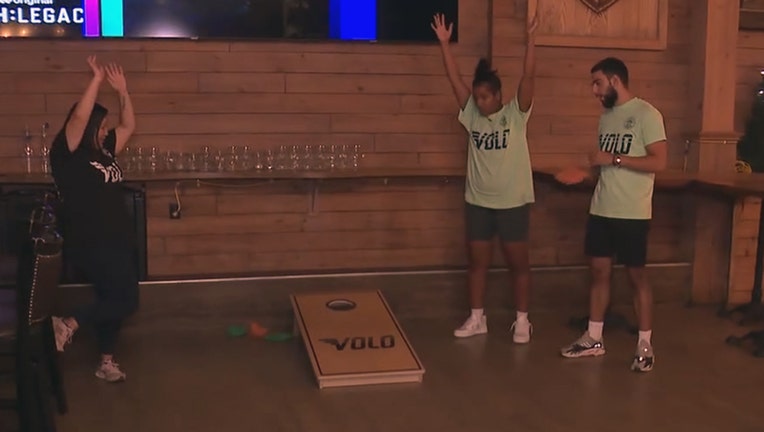 NEW YORK - A backyard game played during barbecues has gone mainstream and shows no signs of slowing down. We're talking about cornhole.

Over the Fourth of July weekend, professional cornhole player Mark Richards, a gym teacher by day, earned over $12,000 for capturing the singles and doubles titles of the 2022 American Cornhole League Final Chase competition — just three years after picking up the sport.

"Anyone can play, anyone can win — all skill levels," Richards said.

"We want to give a $5 million prize pool for our ACL pro players," ACL's Trey Ryder, the chief marketing officer, said. "We want to have 500,000 players playing cornhole across the United States and we want to be in 50 countries and across the world, which will get us into the Olympics, hopefully in L.A. 2028, and if not 2032."

Volo Sports hosts a cornhole social league at The Ainsworth in Midtown Manhattan.

The ACL has over 350 directories across the country, where you can compete against pros like Richards or play in social sports leagues, including through Volo Sports in New York City.

"This league specifically has over 120 people in it you're going meet so many people from all walks of life," Nikcii Maldonado, Volo's experience director and a cornhole player. "On top of that, there's a bar right behind us — they give us drink specials so if you come here we always have a good time."

The Volo Sports summer cornhole season starts on July 19 and is held every Tuesday night at The Ainsworth in Midtown Manhattan.