Tom Wilson is a former NYPD sergeant who spent hundreds of hours at Ground Zero and Fresh Kills after 9/11. He has coped with various 9/11-related illnesses.

Tom Wilson relies on oxygen when he sleeps and takes nearly a dozen different medications every day to stay him alive.

"I have radiation fibrosis in the neck and osteoradionecrosis of the jaw, COPD, chronic bronchitis," he said.

The 51-year-old was also diagnosed with aggressive tongue cancer in 2008. He's able to speak today thanks to a skin graft from his wrist that replaced a portion of his tongue.

All of these illnesses are certified 9/11-related. Wilson was an NYPD sergeant back on September 11, 2001. He spent more than 300 hours working at Ground Zero and Fresh Kills Landfill in the days, weeks, and months following the attacks.

The father of five left the NYPD for the Suffolk County Police Department to be closer to home. He is currently on sick leave because of his ailments. He, like many of the first responders, is considered high-risk for COVID-19.

While Wilson is less fearful of contracting the virus compared to some of his brothers, he had to resort to telehealth visits for doctors' appointments because many offices were closed.

"I don't go out much," he said. "My wife basically does everything."

But he stops short of taking experiences away from his children and even with his elevated risk from COVID encourages them to live their life as normally as they can.

"Their well-being is more important than my well-being," he said. "I don't think they should be restricted on my weaknesses."

He is selflessly sharing a message of strength and hoping others will never forget. 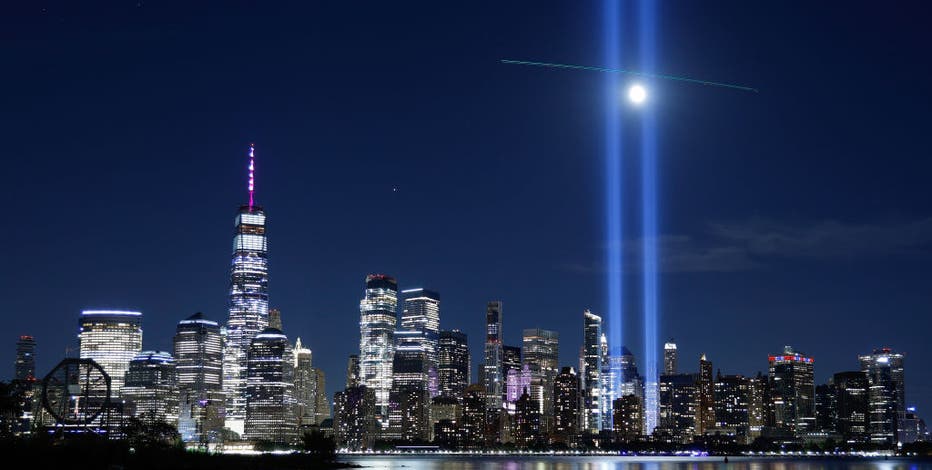 In a year when the coronavirus pandemic has reshaped countless American rituals, even the commemoration of 9/11 could not escape unchanged.