There is mounting backlash after the latest police-involved shooting in the city, as officials question why dangerous repeat offenders are being let back out onto the streets and the threat of so-called ghost guns on the city's streets.

NEW YORK - An NYPD officer was shot in the arm during a shootout with a career criminal in the Bronx, according to police. The gunman was shot and killed.

The shooting took place at about 10:45 p.m. Tuesday near Bathgate Avenue and Claremont Parkway.

Two officers who were working as part of the NYPD public safety team were in an unmarked car when one of the officers spotted suspect Rameek Smith, 25. Smith took off on foot as Officer Dennis Vargas approached when he turned and fired a gun twice striking the officer in the left arm, said police.

The officer returned fire striking Smith in the head.

NYC officials hold a press conference on public safety after a NYPD officer was shot in the arm in the Bronx on Tuesday.

Vargas was taken to Lincoln Hospital where he was discharged a few hours later. Smith, whose last known address was a homeless shelter, was taken to St. Barnabas Medical Center in critical condition. He later died.

Vargas is the eighth NYPD officer wounded so far in 2022.

NYPD Police Commissioner Keechant Sewell called Smith a "dangerous criminal who should not have been on the streets of the Bronx or anywhere else."

"We can't stand for these types of dangerous and highly avoidable confrontations with repeat offenders who are given every leeway by the criminal justice system," Sewell said.

During a late-night news briefing, NYPD Commissioner Keechant Sewell and other top brass released a photo of the weapon recovered at the scene. The 9-millimeter Glock handgun was stolen last year in Richmond, Virginia. 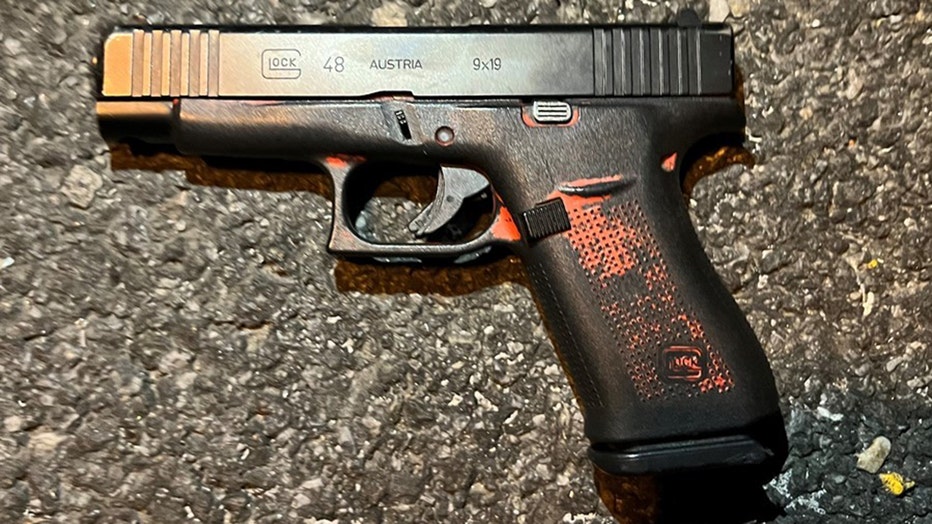 During a late night news briefing, NYPD Commissioner Keechant Sewell and other top brass released a photo of the weapon recovered at the scene.

In March 2020, Smith was arrested for criminal possession of a weapon. He was busted turnstile jumping in Coney Island with a .32 handgun. In 2021, he pleaded guilty to the charge and was awaiting sentencing in June after a May postponement.

The shooting is the latest targeting police officers. In late January, two police officers were killed after being shot inside a Harlem apartment while responding to a call about a mother and son fighting.

An officer was hospitalized after he was shot while sleeping in a car outside a station house in East Harlem earlier this year.

In a press conference on Wednesday afternoon, Sewell and Adams railed against the growing threat of "ghost guns" that are being found on the streets of New York City.

"It's weapons technology that has gotten ahead of our ability to regulate it," Sewell said. "And it's time now that we caught up. This issue now demands our immediate attention from every level of government."