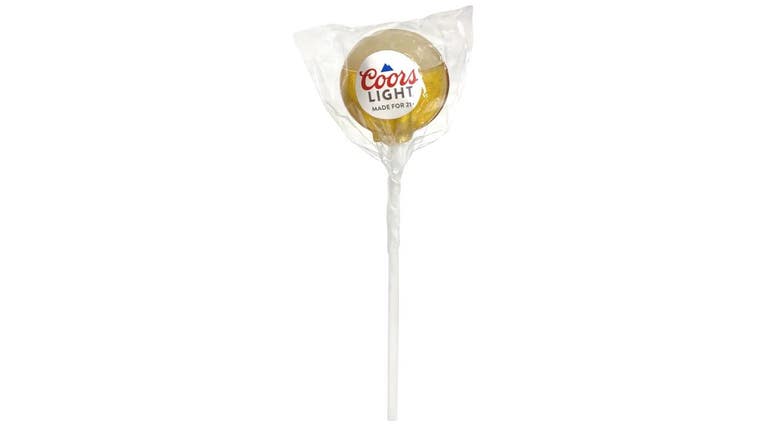 Just days after unveiling a series of beer-flavored lollipops in celebration of the beginning of the NCAA's March Madness tournament, Coors says it has sold out of the unusual treats.

The beer-flavored lollipops with a foam top don't contain any alcohol, but they do taste like Coors Light beer.

The new items are sold online in six-packs and have become so popular, so fast, that the Coors Brewing Company cannot keep them on the shelf.

Coors says research indicates sucking on lollipops can have a calming effect, especially during stressful, emotional times like March Madness.

"The post-season can put fans through the emotional wringer, and when we learned of previous social experiments that distributed lollipops and hard candies in an attempt to help calm bar patrons at the end of the night, we realized we had a chance to help fans get through a stressful time," said April Roberts, associate marketing manager for Coors Light.

The company says it's working on restocking the treats as fast as it can.