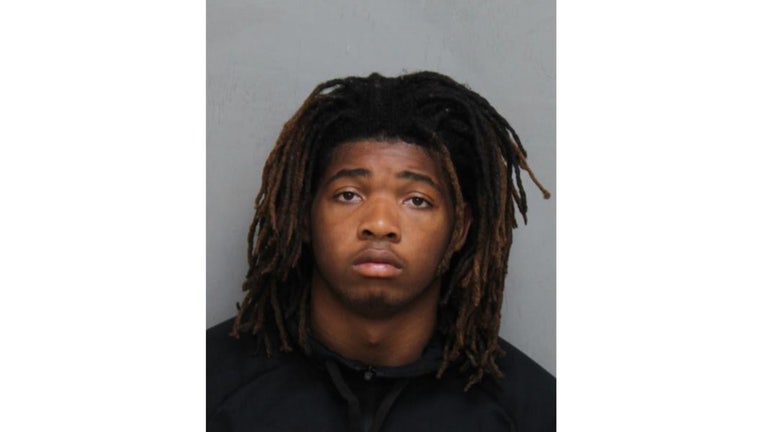 This photo provided by Blacksburg Police Dept., shows Isimemen Etute. Etute, a Virginia Tech freshman linebacker charged with second-degree murder, fatally beat his victim after discovering that the person, whom he met on Tinder as "Angie," was a man

BLACKSBURG, Va. - A suspended Virginia Tech linebacker accused in the fatal beating of a Tinder match has been indicted on a charge of second-degree murder.

Isimemen Etute, 18, who is accused in the death of 40-year-old Jerry Smith in May, was indicted by a grand jury Tuesday, The Roanoke Times reported. A hearing is scheduled Nov. 18.

Etute said he visited Smith’s apartment in April after he was matched with someone named "Angie" on Tinder, and returned on May 31 to determine whether his match was male or female, attorneys and witnesses said at earlier hearings. A detective testified that Etute groped Smith and used his phone's flashlight to get a better look in the dark apartment before repeatedly punching the victim.

The medical examiner’s office revealed that Smith died from blunt force trauma to the head.

Etute was released in June on $75,000 secured bond under house arrest and electronic monitoring. He was ordered to stay with his family in Virginia Beach. Etute was suspended from the school and its football team during the investigation.