JACKSON, Miss. - There are still 150,000 families without clean water in Jackson, Mississippi.

On August 29, a historic amount of rain flooded the Pearl River, which runs through the city. But the flood itself was just the start of an unimaginable crisis. The storm destroyed the city's main water treatment plant, where pumps had already failed in late July, forcing a boil water advisory.

The disaster highlights the city's crumbling infrastructure, the undeniable impact of climate change and an ongoing political battle.

Jackson resident Molly Minta shows what's coming out of her faucet. Her apartment manager says that the entire complex's water is currently the color of "weak coffee."

"I’ve been lifting this challenge – not only locally but nationally – saying that it's not a matter of if our systems will fail, but when our system will fail," he said. 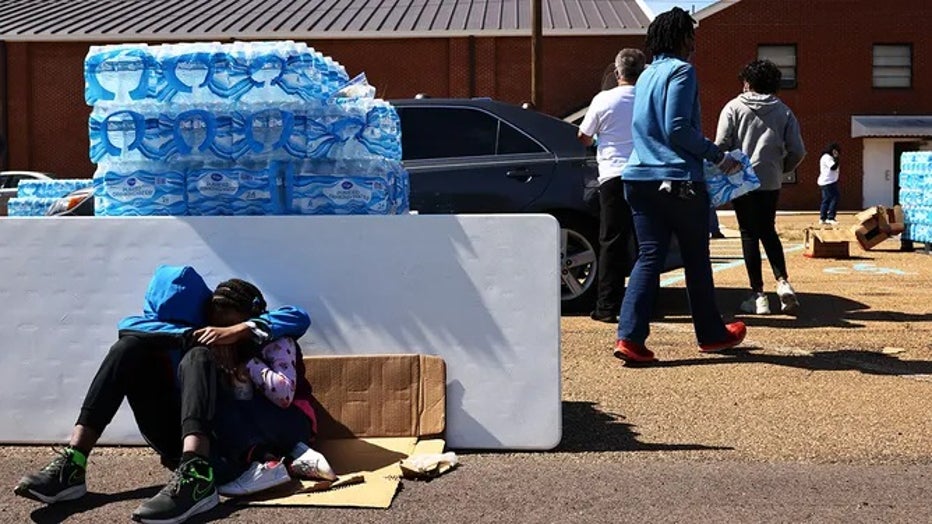 Jonathan Thomas, 10, and his sister Journey, 4, shade themselves from the sun as they play on an iPad while their mother Alicia Thomas volunteers at a water and food distribution drive held by College Hill Baptist Church and the World Central kitchen

Lumumba said they have been able to restore pressure and even eliminate the boil water notices in the past, but his fear is that once that takes place, the sense of urgency to fix the problem will weigh in as well.

"We need to make certain that we continue to lift up this challenge, continue to lift up the fragility of our system, and the fact that our residents are worthy of a dependable, equitable and resilient water treatment facility," said Lumumba, who said he will proceed with cautious optimism. 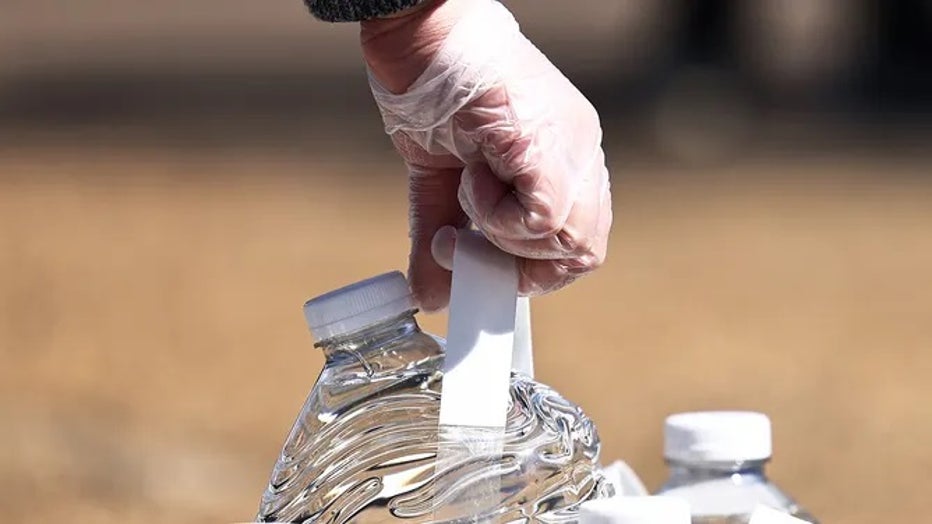 A volunteer grabs a gallon of water at a water and food distribution drive held by College Hill Baptist Church and the World Central kitchen on March 07, 2021 in Jackson, Mississippi.(Michael M. Santiago / Getty Images)

The U.S. Army Corps of Engineers is assisting the city’s public works department along with the Federal Emergency Management Agency and the Environmental Protection Agency. Each team is assessing what needs to happen, both intermediately and over the long term.

"We do have a state agency along with us at this time, and we do have the federal government, and so we want to make the best of it," Lumumba said.

The mayor said the challenges are numerous.

According to the mayor, an assessment of the needed repairs is required to see if it is worthwhile to fix the existing system or build a new one.

"It has been described as spaghetti in terms of feed systems that have a long way to travel at the facility grounds," he said. 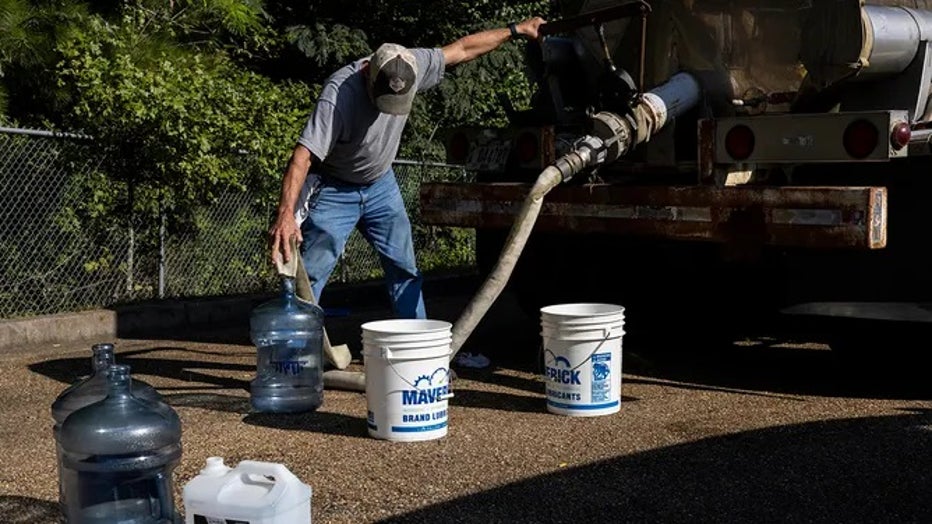 Lumumba said it is his hope to communicate and leave residents confident that there is a plan in place.

According to the mayor, the pressure has since been restored to the city, and Lumumba believes it is a matter of days, not weeks, before the boil water notice will be lifted. Investigative sampling is also underway, and the city waiting for the health department to review them.

However, he added, the focus must be on how everyone can work collaboratively in order to fix the problem. And while most people are less invested in the political process and what it takes to get water service to get them, Lumumba said residents just want to be able to turn on the tap.

"That is why I'm focused there at this present moment," he said. "I think that there will be a lot of time moving forward to litigate the positions as to what took so long and how this was able to happen in the first place."