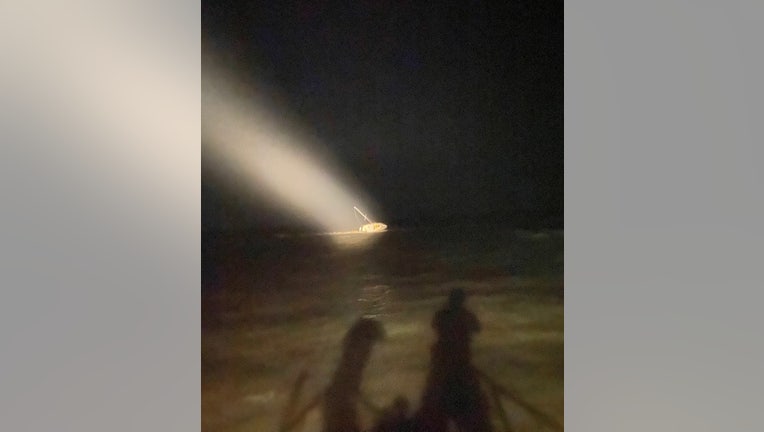 ST. MARY'S, Ga. - Eight people and a dog are safe after a rescue by the Coast Guard off the Georgia coast Sunday afternoon.

The Coast Guard says they sprung into action after they received an urgent call from one of the people on the sailing vessel saying that their boat had been disabled shortly after 5 p.m.

According to officials, the 30-foot sailing vessel had an engine failure and then hit rocks on the north jetty in St. Mary's Inlet.

In total, the boat had four adults, four children, and a dog on board.

After being rescued, two of the survivors were taken to a nearby hospital for advanced care.

“We are extremely fortunate this case resulted in eight lives saved, but it also serves as a critical reminder to recreational boaters that conditions throughout the Southeast are extremely unpredictable and dangerous right now, said Capt. Mark Vlaun, commanding officer of the Coast Guard's Sector Jacksonville.

Officials say that all water-based activity should be avoided during the threat of Tropical Storm Eta.