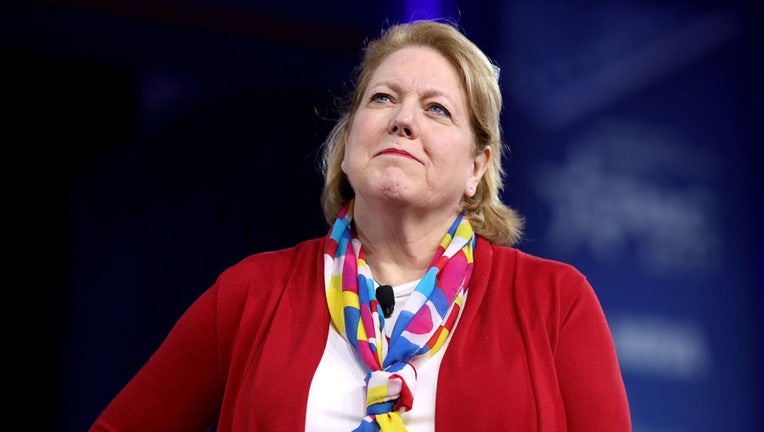 Virginia Thomas, who goes by Ginni, texted Meadows dozens of times according to records Mark Meadows turned over to the House select committee investigating the Jan. 6 riot at the U.S. Capitol.

Copies of the messages were obtained by The Washington Post and CBS News.

The Post reported that on Nov. 10, three days after the election and after The Associated Press and other news outlets declared Democrat Joe Biden the winner, Virginia Thomas, a conservative activist, texted to Meadows: "Help This Great President stand firm, Mark!!! ... You are the leader, with him, who is standing for America’s constitutional governance at the precipice. The majority knows Biden and the Left is attempting the greatest Heist of our History."

In one message sent in the days after the election, she urged the chief of staff, Mark Meadows, to "release the Kraken and save us from the left taking America down," the NY Times reported.

The texts do not directly reference Thomas' husband or the Supreme Court. But she has previously admitted to attending the Trump's "Stop the Steal" rally that preceded the Capitol riot. Virginia Thomas also has previously denied conflicts of interest between her activism and her husband's place on the high court.

Justice Clarence Thomas, 73, has been hospitalized for treatment from an infection. He and his wife did not respond to the outlets' request for comment.  It is unclear if Thomas has been released from the hospital.  The Supreme Court declined to update his status.