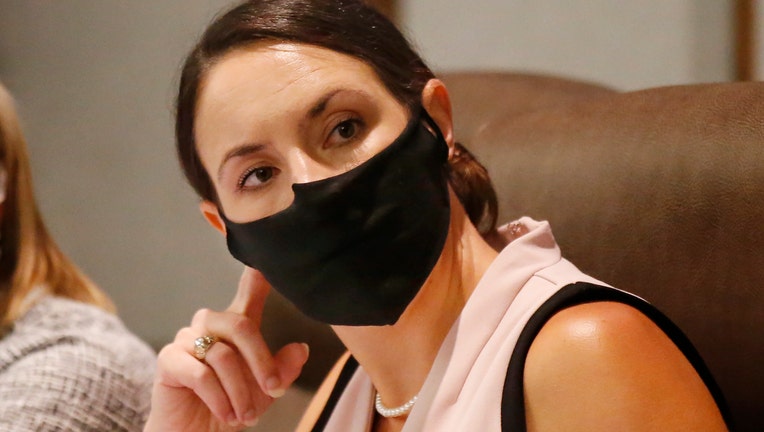 NORMAN, Okla. - The leader of a group that tried to recall the mayor of Norman and three city councilors is suing the city over an ordinance requiring masks be worn in private homes if more than 25 people are present.

"For the mayor and the city council to suggest that they could barge in on any Bible study, private home, family gathering or event, is a complete overreach far beyond their authority," Moghadam said in a statement.

A statement from the city called the ordinance a temporary and reasonable way to protect public health and slow the spread of the coronavirus.

"It was never intended that police would come into private homes to ensure masks are being worn. The focus of the ordinance and its enforcement is these large nuisance parties that are potential super-spreaders in our community," the statement read.

Unite Norman earlier this year sought recall elections for Mayor Breea Clark and three council members because of the council's decision to reallocate $865,000 of the police department's budget into community development programs and to create an internal auditor position to track police overtime spending.

The Oklahoma State Department of Health on Friday reported 89,559 virus cases and 1,044 deaths due to COVID-19, the illness caused by the virus, increases of 1,190 cases and nine deaths from Thursday.

The actual number of cases in Oklahoma is likely higher because many people have not been tested, and studies suggest people can be infected and not feel sick.

For most people, the new coronavirus causes mild or moderate symptoms that clear up in two to three weeks. For some, especially older adults and people with existing health problems, it can cause more severe illness, including pneumonia, and death.