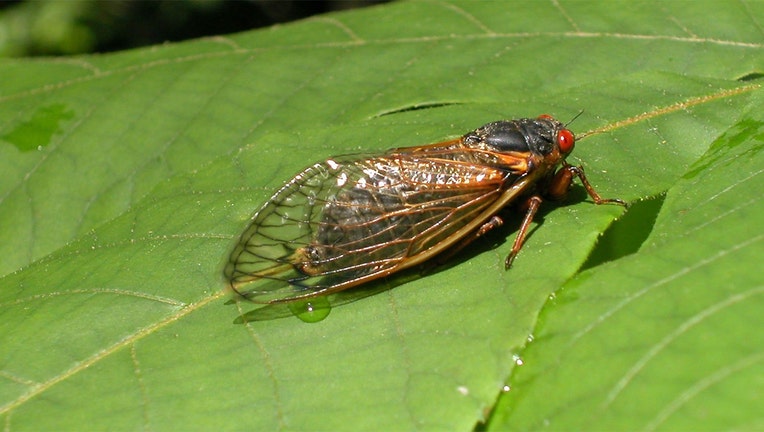 A newly emerged adult cicada from brood X suns itself on a leaf May 16, 2004 in Reston, Virginia - file photo. (Photo by Richard Ellis/Getty Images)

WASHINGTON - Reporters traveling to the United Kingdom ahead of President Joe Biden's first overseas trip were delayed seven hours after their chartered plane was overrun by cicadas.

The Washington, D.C., area is among the many parts of the country suffering under the swarm of Brood X, a large emergence of the loud 17-year insects that take to dive-bombing onto moving vehicles and unsuspecting passersby.

It wasn't clear how cicadas disrupted the plane mechanics. Weather and crew rest issues also contributed to the flight delay late Tuesday. Ultimately, the plane was swapped for another one, and the flight took off shortly after 4 a.m. on Wednesday.

The press plane is arranged with the assistance of the White House and carries press at their expense. There was not expected to be any impact on news coverage of Biden's visit.