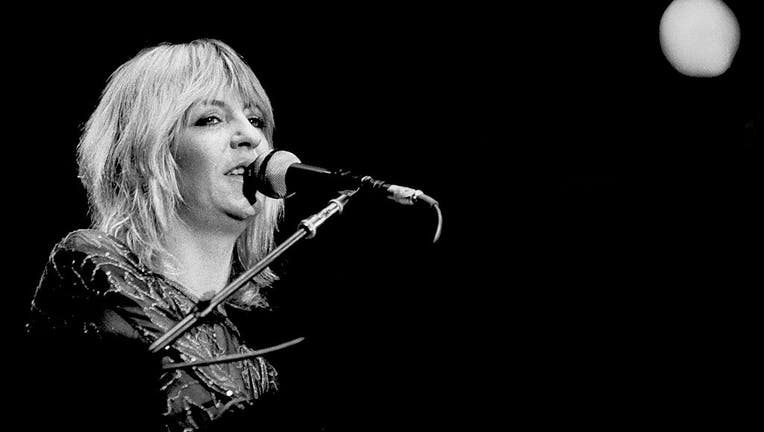 Her death was announced on the band’s social media accounts. No cause of death or other details were immediately provided, but a family statement said she "passed away peacefully at hospital this morning" with family around her after a "short illness."

"A few hours ago I was told that my best friend in the whole world since the first day of 1975, had passed away," bandmate Stevie Nicks said in a handwritten note posted to Instagram.

She added that one song has been "swirling around" in her head since she found out McVie was sick, quoting the lyrics to HAIM's "Hallelujah": "I had a best friend/But she has come to pass."

McVie was a steady presence and personality in a band known for its frequent lineup changes and volatile personalities — notably fellow singer-songwriters Nicks and Lindsey Buckingham.

Her death is the first among Fleetwood Mac's most famous incarnation of McVie, Nicks, Buckingham, drummer Mick Fleetwood and bassist John McVie, Christine's ex-husband. In recent years, the band had toured without Buckingham, who was kicked out in 2018 and replaced on stage by Mike Campbell and Neil Finn.

Fleetwood Mac started out as a London blues band in the 1960s, and evolved into one of the defining makers of 1970s California pop-rock, with the talents of McVie, Nicks and Buckingham anchored by the rhythm section of Fleetwood and John McVie. During its peak commercial years, from 1975-80, the band sold tens of millions of records and fascinated fans as it transformed personal battles into melodic, compelling songs. The McVies' breakup — along with the split of Nicks and Buckingham — was famously documented on the 1977 release "Rumours," among the bestselling albums of all time.

Everyone in the group played a distinctive role: Fleetwood and John McVie formed a deep and bluesy groove, Buckingham was the resident mad genius and perfectionist, Nicks the charismatic dramatist and idol to countless young women and Christine McVie the grounded counterpoint, her economy as a singer and player well suited to her birth surname: Perfect. 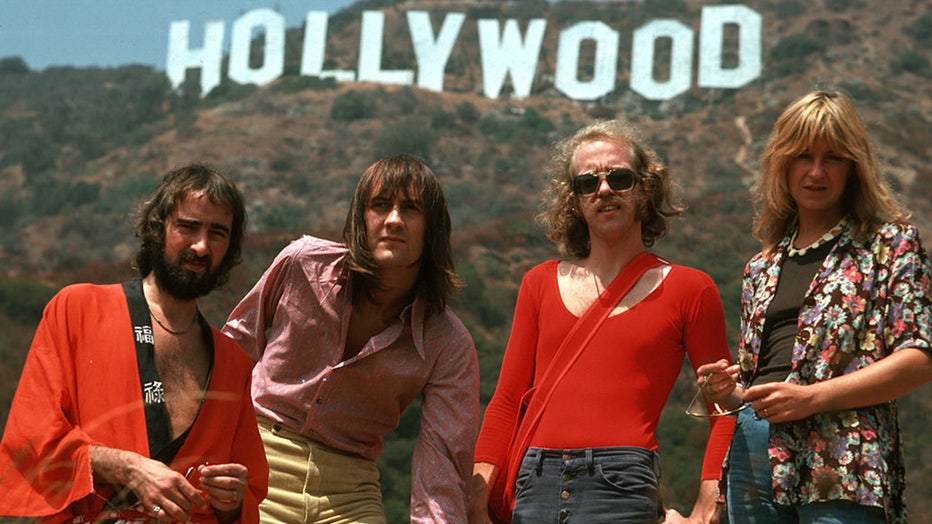 "I was supposedly like the Mother Teresa who would hang out with everybody or just try and (keep) everything nice and cool and relaxed," she told Rolling Stone earlier this year. "But they were great people; they were great friends."

Fleetwood Mac was inducted into the Rock and Roll Hall of Fame in 1998, when at the ceremony they played McVie's "Say You Love Me." The group’s many other hit singles included Nicks’ "Dreams," Buckingham’s "Go Your Own Way" and McVie’s "Little Lies." One of McVie’s most beloved works, the thoughtful ballad "Songbird," was a showcase for her in concert and covered by Willie Nelson, among others.

The midtempo rocker "Don't Stop," inspired by the end of her marriage, would gain unexpected political relevance when Bill Clinton adopted the song — and its "Don't stop thinking about tomorrow" refrain — as a theme to his 1992 presidential run. The band, which had essentially stopped making albums at the time, reunited to perform at his inauguration gala. 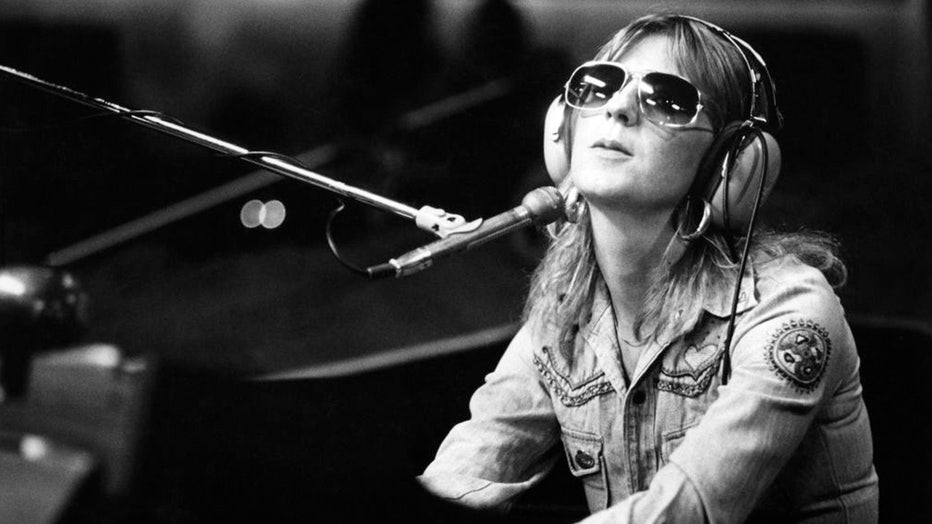 McVie’s two marriages, to John McVie and Eduardo Quintela, both ended in divorce. Her boyfriends included the Beach Boys' Dennis Wilson, about whom she wrote "Only Over You."

McVie, born Christine Anne Perfect in Bouth, Lancashire, came from a musical family. Her father was a violinist and music teacher and her grandfather played organ at Westminster Abbey. She had been playing piano since childhood, but set aside her classical training once she heard early rock records by Fats Domino and others.

While studying at the Moseley School of Art, she befriended various members of Britain’s emerging blues scene and, in her 20s, joined the band Chicken Shack as a singer and piano player. Among the rival bands she admired was Fleetwood Mac, which then featured the talents of blues guitarist Peter Green along with the rhythm section of Fleetwood and John McVie. By 1970, she had joined the group and married John McVie. 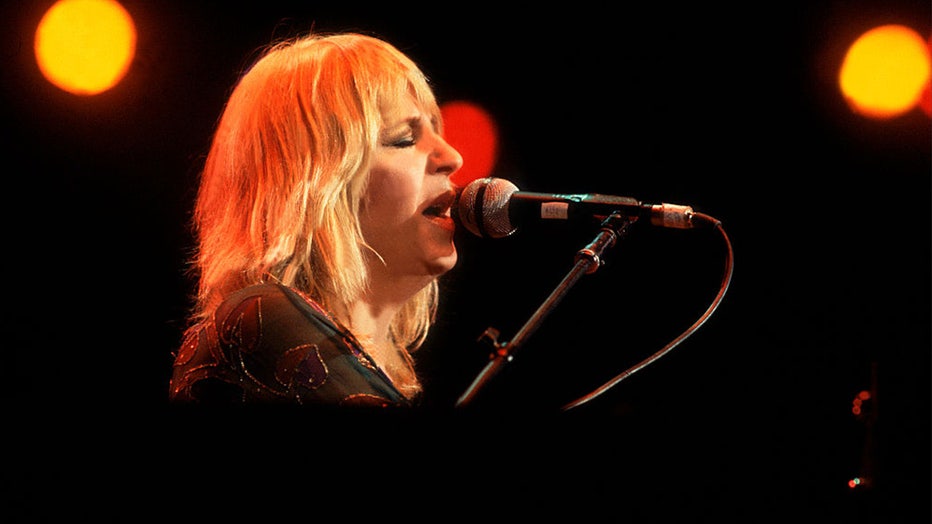 Few bands succeeded so well as Fleetwood Mac, which has sold well over 100 million records, against such long odds. Green was among the many performers who left the group, and at various times Fleetwood Mac seemed on the verge of ending, or fading away. It was rescued by unexpected returns and interventions and one of rock's most fortuitous and lucrative hunches.

In the mid-1970s, Fleetwood Mac was down to just three members, Fleetwood and the two McVies. While spending time in Los Angeles, Fleetwood learned of a young duo from California, Buckingham and Nicks, that had recorded the little known album "Buckingham Nicks." Impressed by their sound, he initially planned to ask just Buckingham to join, but the guitarist insisted the band also include Nicks, his girlfriend at the time.

The new lineup proved almost instantly magical. Nicks and Christine McVie formed a lasting friendship, agreeing that as two of the rare women in rock they would always stand up for each other. And the harmonies and music making of Nicks, Buckingham and Christine McVie insured that such albums as "Fleetwood Mac," "Rumours" and "Mirage" had an enviable quality and variety of songwriting and vocal styles. 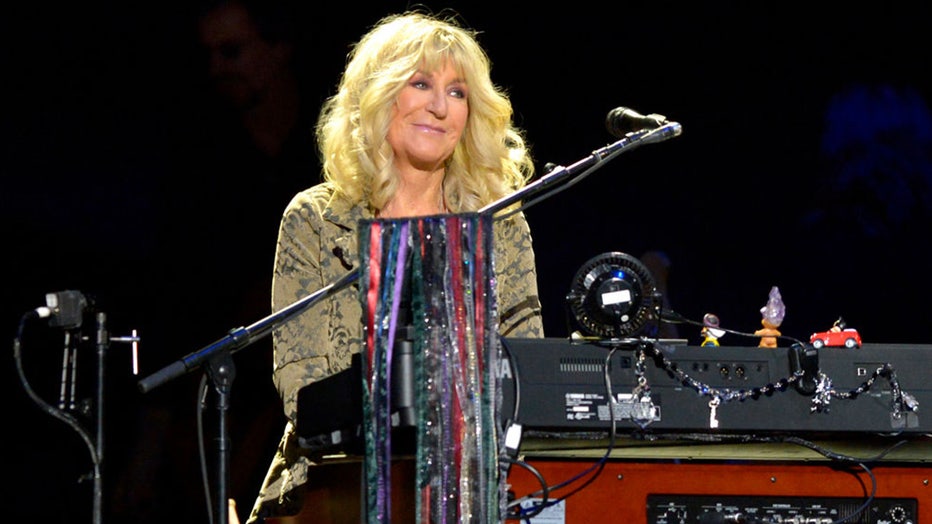 But the group's overwhelming success also led to inevitable conflicts and the desire for solo work. Over the following decades, Nicks became a star in her own right. McVie released solo albums, including "Christine McVie" and "Christine Perfect," as well as a 2017 collaboration with Buckingham, "Lindsey Buckingham/Christine McVie."

Fleetwood and John McVie were there at the founding of Fleetwood Mac and were the only ones to remain all the way through. McVie departed in the 1990s, when she was seemingly done forever with the rock star life. By 2014, she had changed her mind.

"I just wanted to embrace being in the English countryside and not have to troop around on the road. I moved to Kent, and I loved being able to walk around the streets, nobody knowing who I was," she said of her hiatus during a 2022 interview with the Guardian.

"Then of course I started to miss it. I called Mick and asked: ‘How would you feel about me coming back to the band?’" she said. "He got in touch with everybody and we had a band meeting over the phone and they all went: ‘Come baaaack!!' I felt regenerated and I felt like writing again."