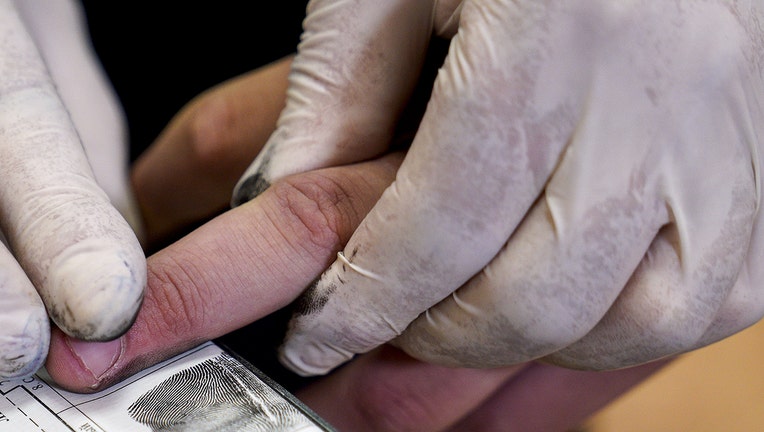 A file photograph shows a person being fingerprinted. (Photo by Vitaly Nevar\TASS via Getty Images)

NEW YORK - Federal authorities are suing a debt collection company after a Christian employee refused to be fingerprinted due to his religious beliefs.

The EEOC claims the company violated federal law when it fired Harrington instead of accommodating his request not to be fingerprinted due to his religion.

The EEOC says its pre-suit investigation revealed that APRS had requested that its employees be fingerprinted as a result of a background check requirement of one of its clients.

Shortly after Harrington informed APRS that having his fingerprints captured was contrary to his religious practices, APRS fired him. The suit claims the company did it before asking the client whether an exemption was available as a religious accommodation.

The suit also claims that alternatives to fingerprinting are available.

Title VII of the Civil Rights Act of 1964 prohibits discrimination based on religion and requires employers to reasonably accommodate an applicant’s or employee’s religious practice unless it would pose an undue hardship.

The EEOC says it decided to sue after failing to reach an agreement with the company.

"An employee should not have to choose between his faith and his livelihood," said Gregory Gochanour, the EEOC’s regional attorney in the Chicago District Office. "The EEOC is committed to enforcing the rights of religious employees, and Title VII requires that an employer attempt to find a workable solution when an employee’s sincerely held religious observance or practice conflicts with a work requirement."

The suit seeks back pay for Harrington and other compensation.