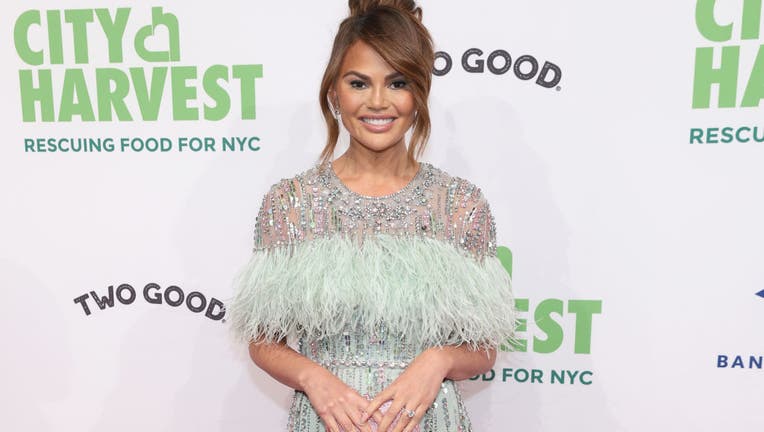 Chrissy Teigen got candid about the loss of her unborn baby Jack at 20 weeks in 2020, revealing on Thursday that what she and husband John Legend said at the time was a "pregnancy loss" was really an abortion to "save my life."

"Two years ago, when I was pregnant with Jack, John and my third child, I had to make a lot of difficult and heartbreaking decisions. It became very clear around halfway through that he would not survive, and that I wouldn’t either without any medical intervention," she told the crowd at the Wallis Annenberg Center for the Performing Arts in Beverly Hills. She was speaking at the "A Day of Unreasonable Conversation" summit.

"Let’s just call it what it was: It was an abortion," she continued. "An abortion to save my life for a baby that had absolutely no chance. And to be honest, I never, ever put that together until, actually, a few months ago."

Graham held a news conference proposing an abortion bill that would prohibit the procedure after 15 weeks of pregnancy with rare exceptions.

In August, she wrote on Instagram: "We were never able to stop the bleeding and give our baby the fluids he needed, despite bags and bags of blood transfusions. It just wasn’t enough."

Teigen is currently pregnant. She and Legend already have two children: Luna, 6 and Miles, 4.

Teigen said she never considered the "pregnancy loss" an abortion until a few months ago when she and Legend were discussing the overturning of Roe v. Wade.

"I fell silent, feeling weird that I hadn’t made sense of it that way," she said after explaining that when she was sympathizing with women who get abortions, he reminded her she was one of "them."

On Wednesday, Teigen spoke about her optimism with her new pregnancy despite her past loss.

"I think that miracles are just always happening, and there are so many ways to make them happen," she told People Magazine while admitting "it still hurts."

She added how pregnancies can look effortless on social media: "It was always important to me to share the other side of the story for people. And it's just really nice to have people come up and appreciate it and to be able to be that story of hope for them."

Teigen announced her current pregnancy in early August, writing on Instagram, "The last few years have been a blur of emotions to say the least, but joy has filled our home and hearts again," her caption began.

"1 billion shots later (in the leg lately, as u can see!) we have another on the way. Every appointment I’ve said to myself, ‘ok if it’s healthy today I’ll announce’ but then I breathe a sigh of relief to hear a heartbeat and decide I’m just too nervous still."

She continued: "I don’t think I’ll ever walk out of an appointment with more excitement than nerves but so far, everything is perfect and beautiful and I’m feeling hopeful and amazing. Ok phew it’s been very hard keeping this in for so long!"