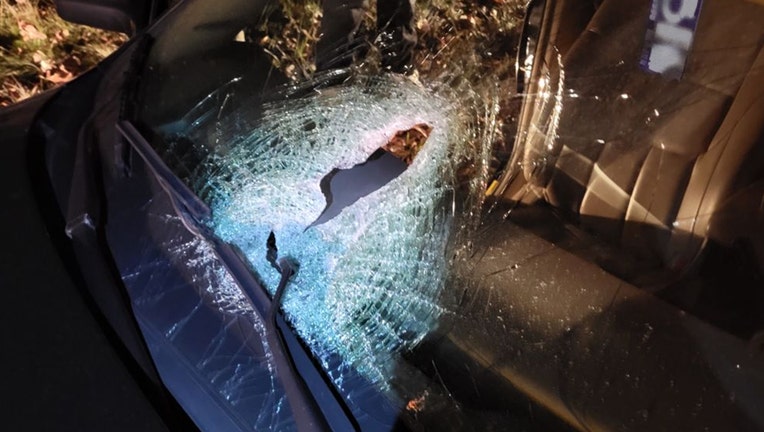 A photo released by the New York State Police shows a damaged windshield.

NEW YORK - Three juveniles are facing felony charges after damaging at least 16 vehicles by throwing rocks at them from an overpass.

The New York State Police say it was happening on the Sprain Brook Parkway in The Westchester County town of Greenburgh.

The kids were allegedly throwing the rocks from the Payne Street overpass onto moving vehicles.

Troopers said they got about 16 complaints of damaged vehicles beginning at around 8:55 p.m. on Tuesday.

Damage from the rocks ranged from flat tires to smashed windshields.

The state police released a photo of one of the damaged windshields that showed a sizable hole in it.

Investigators identified the juveniles on Wednesday and issued each a Family Court appearance ticket before releasing them to their parents.